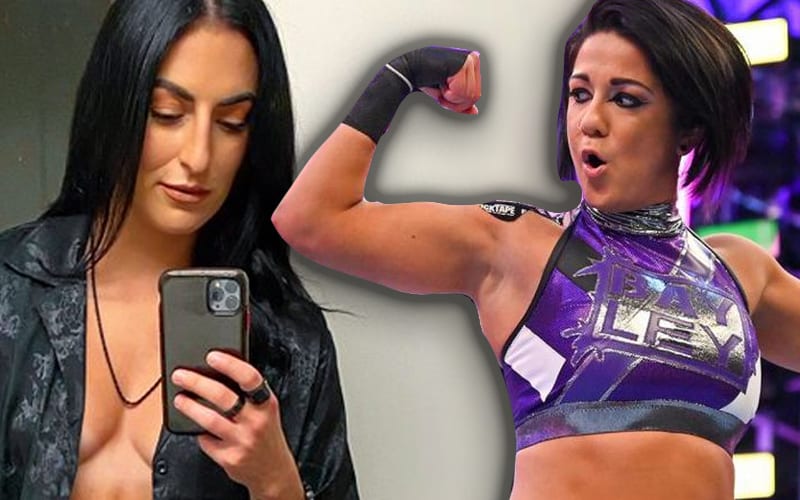 Sonya Deville recently proved that she’s “the baddest” by posting a revealing photo on social media. She was covered up with an opened-up over shirt, but the former Fire & Desire member still got a lot of attention for that photo.

Dax Harwood saw Deville’s tweet and he did her a little favor. He noticed that she wasn’t wearing a shirt in that photo, so he advised her to not go outside until she corrects her clothing error. “Dude, don’t go outside! You forgot your shirt! That’d be embarrassing AF!”

Bayley replied back saying that Sonya Deville was wearing one of those novelty t-shirts that you buy at the beach, the kind that comes with abs already drawn on it. “Dude she’s wearing one of those beach tees. It’s a fake body don’t trip,” the former SmackDown Women’s Champion tweeted back to Dax.

Sonya Deville had a great time reading those mentions when she logged onto Twitter the next morning. She responded with: “Lmaoo you guys are out of controllllll” along with several facepalm emojis.

We’re still waiting for Sonya Deville’s return to WWE television, but in the meantime she’s still having fun on social media.