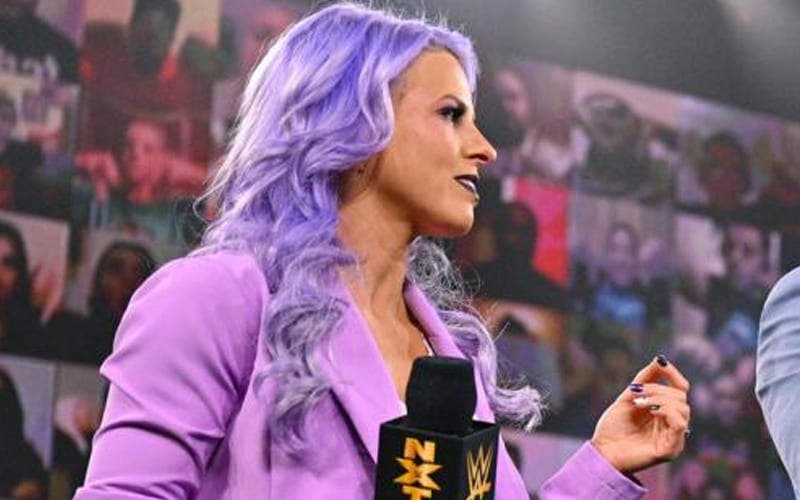 Candice LeRae led her team to victory at WarGames, but she suffered quite a tough time in the process.

LeRae was taken to the trainer’s room following WarGames. It was feared that she had a broken arm. She spent all night in the ER with her husband Johnny Gargano who also needed fixed up.

WWE sent out an update today where they confirmed that Candice LeRae did suffer a broken arm during that brutal match. At this time there is no estimate on when she will return to the ring.

Bobby Fish also required surgery following his WarGames match. It was not an easy night for anyone involve in those intense matches.