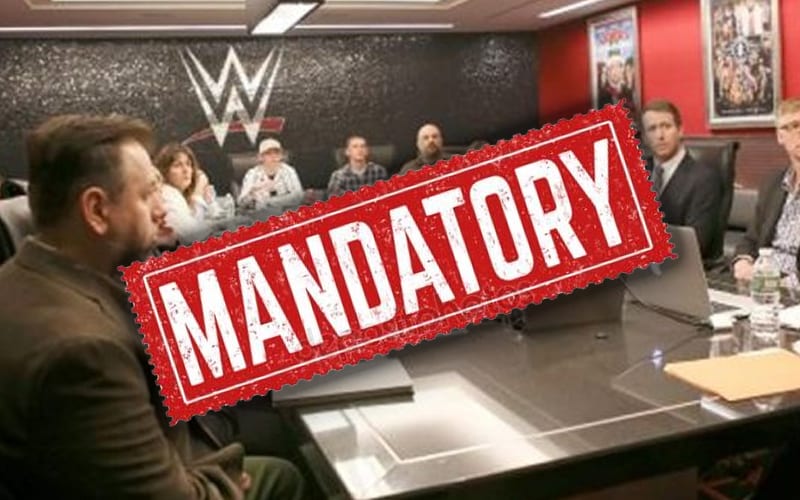 WWE will sometimes have an announcement that they want everyone to hear. Since COVID-19 makes it impossible to gather everyone in a room, they must do it in a virtual setting now.

According to PW Insider, WWE held a virtual “all hands on deck” meeting for all employees yesterday. This was apparently mandatory for those employees out of Stamford.

It is reported that “a majority” of the meeting seemed to have one purpose: to introduce Nick Khan, the company’s new President & Chief Revenue Officer. Khan was brought on in October, so some people didn’t have the chance to be properly introduced.

Employees were also told during the meeting that the new HQ location is moving along slowly but surely. They had to pause their move to that new huge headquarters when the pandemic hit.