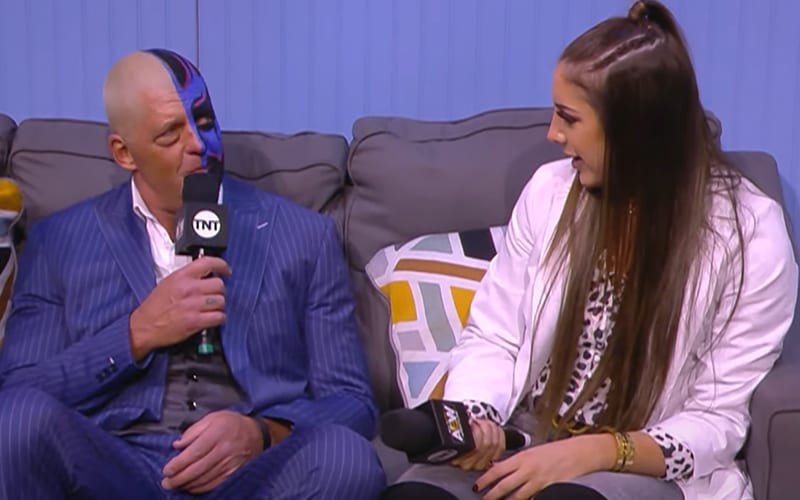 AEW Dark is the highly popular weekly show that airs on YouTube. It features several matches from many talented wrestlers and also segments from AEW stars.

During this week’s episode of AEW Dark, a popular AEW wrestler seemed to have taken a shot at NXT’s Adam Cole.

A new talk show segment which is called the Waiting Room made its debut on AEW Dark a couple of weeks ago. It is hosted by Britt Baker, who is the girlfriend of Adam Cole in real life.

During this week’s segment, Baker invited Dustin Rhodes as a guest. The two had a heated conversation where Baker mentioned Dustin’s match against Cody Rhodes at Double Or Nothing last year. She then took a jab at Dustin Rhodes’ salary in AEW. To this, Dustin said: “Did your boyfriend win match of the year? No!”.

It is evident that he was referring to Adam Cole and then Dustin said his match against Cody Rhodes at Double or Nothing was voted match of the year in 2019.

It is to be noted that Adam Cole was voted as PWI’s wrestler of the year in 2019.