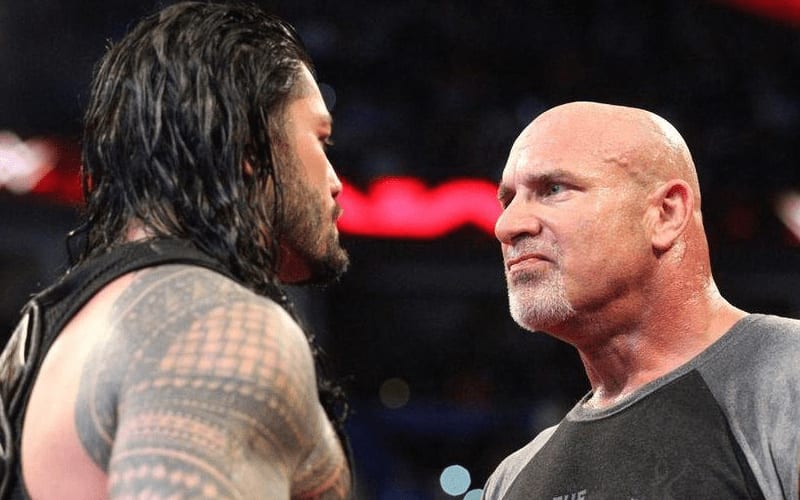 Goldberg made a point to say that Roman Reigns is next during WWE The Bump today. Roman was a popular subject during that show because Drew McIntyre also called him “a piece of crap.” WWE is going to make the most of this hype.

Some fans wondered if Goldberg was going into business for himself. Either way, WWE jumped at the opportunity to write up an article on their official website to hype Goldberg’s calling out The Tribal Chief.

The article asked: “Are Goldberg and Reigns on a collision course toward a battle for Spear supremacy?”

In the past, Goldberg called Reigns’ version of the spear more “theatrical,” but this time he called Roman out for stealing his signature move. It might only be a matter of time before Goldberg and Reigns throw down.

Roman Reigns was supposed to defeat Goldberg at WrestleMania this year, but the novel coronavirus pandemic put a stop to those plans. Now it seems that the company could circle back to that idea, at least they’re loving the boost in attention.