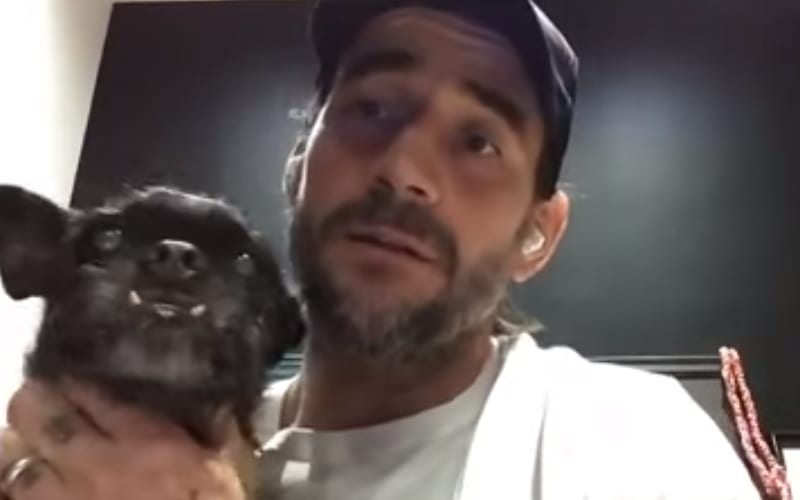 CM Punk’s dog Larry is pretty popular on social media, and he paid a visit during Renee Paquette’s Oral Sessions as his human father spoke to the former WWE announcer.

Punk revealed that he has several songs he sings to Larry throughout the day. The dog is quite smart, and he knows what each song means. He has a song for when it’s time to wake up, eat, and many more. After he was pressed to perform one of those songs, CM Punk obliged.

Renee Paquette uploaded a video of her discussion with CM Punk. This footage started out with CM Punk performing his “Wake Up Larry” song. It was quite adorable, and she just had to include it in the opening of the video.

The rest of the video showed CM Punk discussing what it would take for him to make a pro wrestling return. We already covered that topic in detail, and how Punk admitted that there are more interesting matches for him in AEW.

You can check out the video below. Punk sings to Larry during the intro.