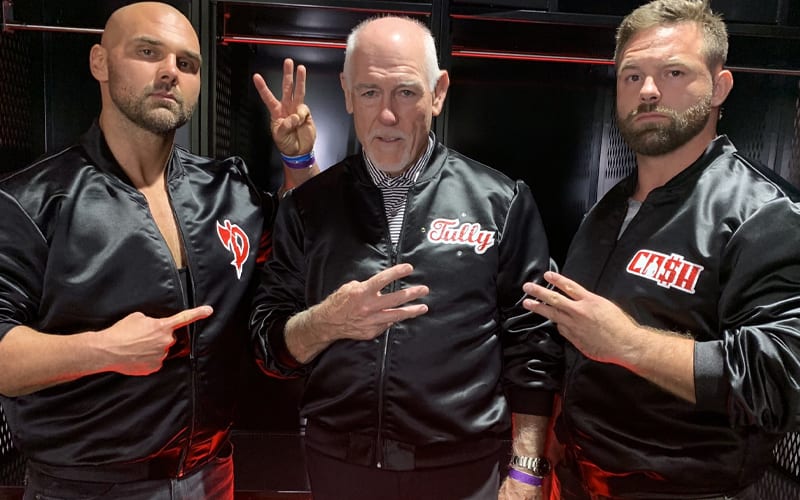 Following their departure from WWE, FTR made their surprising debut in All Elite Wrestling and fans were elated at their arrival. The team emphasizes old school style of tag team wrestling and so they have been constantly compared to the legendary Four Horsemen.

With Arn Anderson working in AEW and FTR being managed by Tully Blanchard, the idea for a new generation of Four Horseman has certainly been teased. No solid plans have come from that idea yet and if one asks FTR, it is better that way.

While speaking to the Pro Wrestling Illustrated podcast, the former AEW World Tag Team Champions discussed their comparisons to the Four Horseman.

“The idea is very flattering, to be mentioned in the same breath as the Four Horsemen and any sort of revival. Probably one of the best compliments we’ll ever get, but I don’t think there is ever going to be a way to copy that. What they had, everything they did, was organic and magic. That’s why it worked so well. It wasn’t forced or brought up in a creative room by a bunch of guys who had no wrestling experience. It was four guys, plus JJ [Dillon] who all had something special separate, and it worked well together. Tully has given us the details on how it started. Seeing how little the plan was going in, and what it became, is unreal. I don’t think we’ll be ever to truly copy that and do it justice, but it is very flattering,

“As a team and unit, for what we want to accomplish, it would be a huge disservice to us both. People have asked Flair, Arn, and Tully and they’ve given us their blessing. If we were better wrestlers or talkers, it doesn’t matter because that was a once in a lifetime group that can never be replicated. To try and replicate it, you’re going backward. That’s one thing we don’t want to do. That’s why we left our former employer because we don’t want to go backward, we want to go forward. However, the blueprint of the Four Horsemen, is absolutely and goal and theme that we run with. There are a ton of talent that could be intriguing and we could turn AEW’s corner and make them, maybe the top wrestling company in the world, by having a group of individuals who work as one unit with the common goal of being the best in the world. That blueprint could change professional wrestling.”

FTR are scheduled to square off against the team of Griff Garrison & Brian Pillman Jr on this week’s episode of AEW Dynamite.

Would you like to see a new generation of Four Horsemen in AEW? Let us know in the comments below!