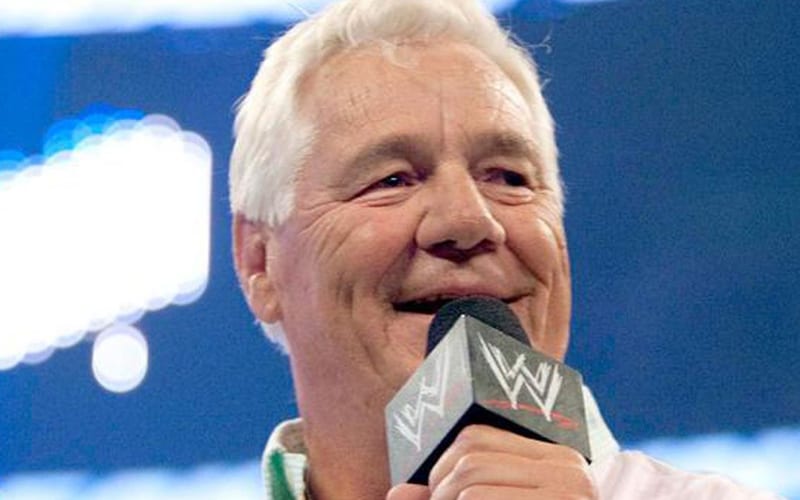 Pat Patterson passed away last week, and his loss effected everyone in the pro wrestling industry. During his life, Patterson created tons of brilliant pro wrestling finishes. He also innovated the Royal Rumble concept.

During a recent episode of Sitting Ringside with David Penzar, he welcomed Bertrand Hebert on the show. Hebert was co-author of Patterson’s book: “Accepted: How The First Gay Superstar Changed WWE.”

During his time on the show, Hebert revealed that Patterson wanted to create a Pat Patterson Cup and present it to the Royal Rumble winner like they just won the Stanley Cup.

“One of his last ideas he had on the (Royal) Rumble was for them to create the Pat Patterson Cup and give the trophy like the Stanley Cup to the winner. It would hold champagne and have all the winner’s names on it. I think that would be an amazing homage to Pat.”

WWE obviously never introduced that Pat Patterson cup. Instead, Royal Rumble winners settle for pointing at the WrestleMania sign, which has become a yearly tradition.

It’s not too late for WWE to introduce the Pat Patterson Cup, but it might not fit in with the current Royal Rumble traditions.