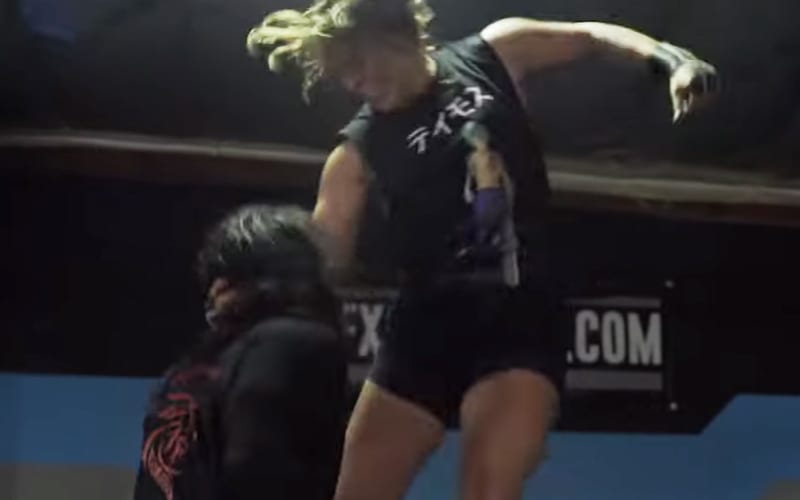 Ronda Rousey has yet to make a return to WWE, but she’s literally driving through fire to get in her pro wrestling training. A new video revealed a new video showing her workout at JLFX Studios.

Rousey trained with Teal Piper, daughter of WWE Hall Of Famer Roddy Piper. Ronda Rousey said she is now learning the basics in pro wrestling because as she put it, WWE just threw her in the ring at WrestleMania without having her learn the first steps.

“I never learned the basics. They were just like ‘F*ckin’ WrestleMania — go!'”

This new video also reveals the behind-the-scenes information about how that recent World Of Warcraft commercial came together. You can click here to watch that commercial.

Former WWE Superstar JTG was also there and he was happy to get in the ring with the Baddest Woman On The Planet. We’re still waiting for Rousey’s return to the squared circle, but she’s certainly keeping the ring rust off. You can check out the video below!