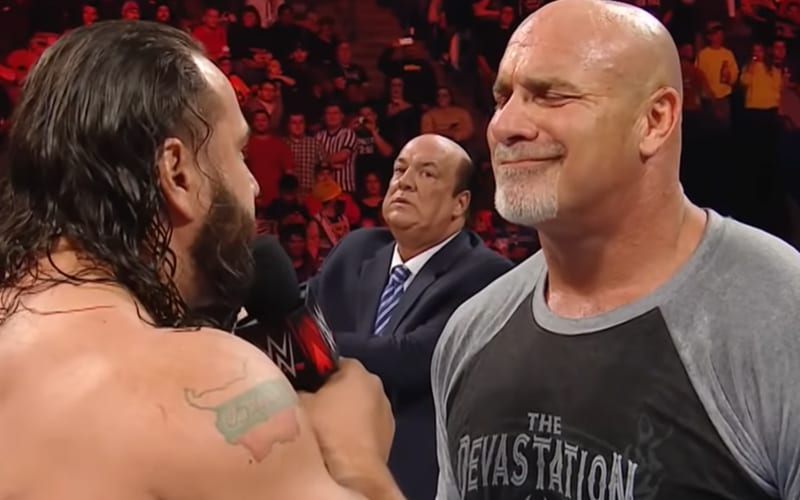 Miro is no longer with WWE. If you ask Tony Khan, WWE treated Miro like “sh*t” while he was with the company. That treatment included taking many losses, and he was also Jackhammered by Goldberg.

Rusev was around in 2016 when Goldberg made his return to WWE. He had to take a Jackhammer from Goldberg during a segment with Paul Heyman. This was supposed to be a taste of what Goldberg planned to do with Brock Lesnar in their WrestleMania encounter.

Goldberg also hit Paul Heyman with a spear during the segment on RAW. Years later, Miro saw that clip and he revealed that Vince McMahon said “I will owe you one.” This makes us wonder if Vince McMahon forgot about this angle.

Fun fact. Before this segment I got called in the office. VKM said I will owe you one…..

Miro didn’t see much of a climb up the WWE roster, even after selling to Goldberg. He also eventually received his WWE release on April 15th, 2020, and he ended up in AEW a few months later.

We’ll have to see what’s next for Miro in AEW, but Tony Khan saying that he owes someone something probably has a much different meaning than what Miro is used to.