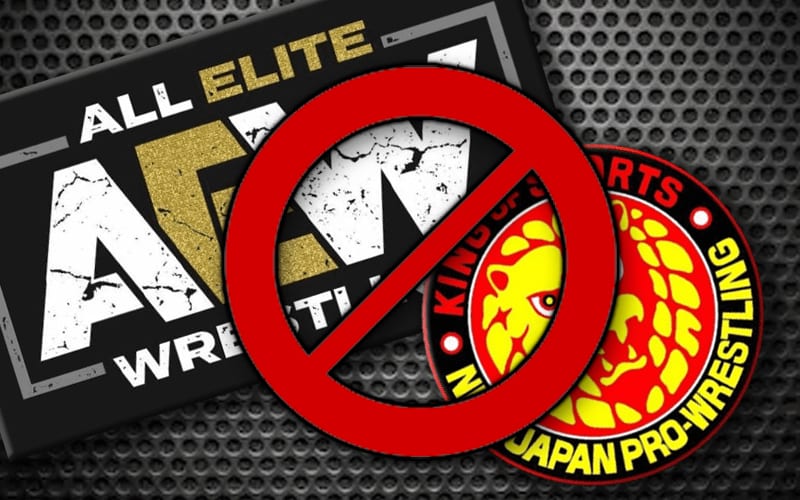 AEW and NJPW have not been able to work out a deal to partner up just yet. There could be some hope there, but Rocky Romero has something else to say about that.

It was said by Dave Meltzer that the possibility of NJPW and AEW working together is much greater now since Herald Meij left NJPW. He also said that Rocky Romero and Tony Khan are in contact with each other.

During a recent episode of Talk ‘n Shop’s podcast, Romero set the record straight. He said that there is no truth to the report that AEW and NJPW are close to working out a deal. He’s not talking to Tony Khan on a weekly basis, and Dave Meltzer is just trying to sell something “to get clicks.”

“I guess Meltzer’s reporting that me and Tony Khan are having calls all the time, like every week, which is not true at all.”

“I’m not talking to Tony weekly, no. I mean, I’ve talked to Tony in the past, of course,” Romero continued. He was then asked about the last time he spoke with the AEW President.”

“I’ve talked to Tony probably a month ago, maybe more.”

“(Meltzer) is not completely lying but he’s making it seem… he’s selling something and trying to make it seem something… He’s trying to get clicks.”

Rocky Romero was pretty straight-forward with his burial of Dave Meltzer’s report. Romero didn’t say it’s impossible that AEW and NJPW will eventually figure out a deal, but nothing is close to being agreed on at this juncture.