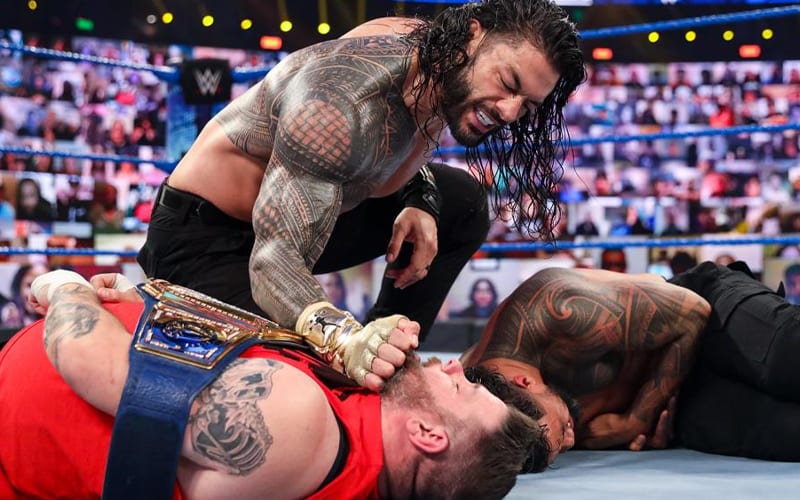 Roman Reigns returned to WWE in shocking fashion, and he has been on a tear as the Tribal Chief. An impressive streak ended for Reigns this week, but it wasn’t all his fault.

Roman Reigns and Jey Uso lost in the main event match of SmackDown this week to Kevin Owens and Otis. The loss was via disqualification, and he didn’t wrestle for the entire match, but it was still an L.

That loss for Reigns was his first in 355 days excluding the 2020 Royal Rumble. He also went undefeated for months as he quarantined at home, but it is his first loss in a very long time.

The last time Reigns lost prior to last night was at 2019’s Tables, Ladders, and Chairs event to King Corbin on December 15th, 2019. He won a ton of Loser Eats Dog Food matches at house shows, and on television. Then he was all set to face Goldberg at WrestleMania, but that didn’t happen due to the pandemic.

This loss for Roman Reigns was very protected. It was not only during a tag team match, but it was also a DQ loss. It still didn’t count as a win which has to really upset the Tribal Chief.