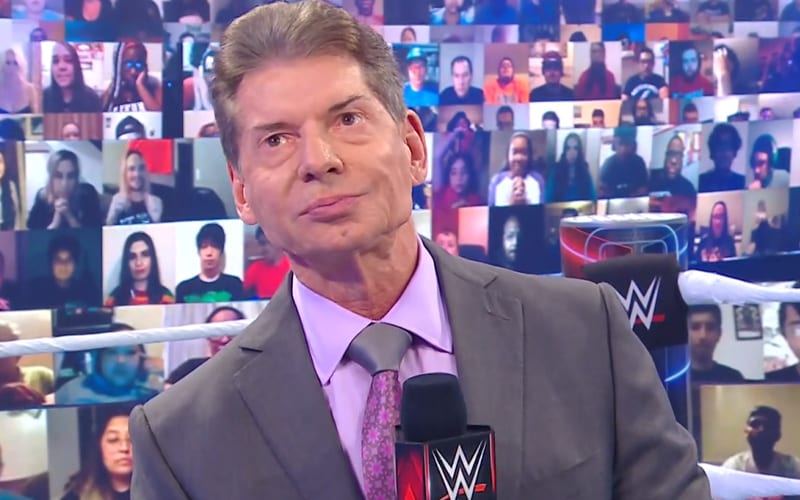 Vince McMahon’s control over WWE is well documented, and he’s not letting go of that tight grip.

While speaking to Wrestling Inc, Gerald Brisco was asked about Vince McMahon relinquishing his Chairman position in WWE. Brisco has doubts that will ever happen in his lifetime, and in Vince McMahon’s as well.

Brisco went on to say that Vince McMahon “is a freak” after describing all of the dedication he has to the business. McMahon is also very dedicated to his own health which will likely help him live much longer.

“Vince is one of the most healthiest guys I’ve ever been around in my life. He takes care of his body better than anybody. He eats the right things. He drinks the right things, and he can’t go without working out. He would leave TV in the middle of day. Vince is working out. We knew at a certain time and day, Vince would go work out, and we had to keep on with doing what we’re doing there. As long as Vince stays healthy, and I know this is going to be a disappointment to some of the fans out there, as long as Vince McMahon stays healthy, he’s able to make the trip physically, and even though you got your own jet, your own car, limo, I’m here to tell you. I’ve been in that jet and out of those limos. He don’t stop working. Sometimes, we’ll fly across the country, and we’re talking business. They’ll land from New York and LA, and we hadn’t finished talking about business. Vince will not open that door. That door will be opened until we finish our business that we’re talking about.”

“So I feel he is taking more input from other sources, but do I think, as long as his mind is mentally fit, his body is mentally fit, that he’ll relinquish 100%? I don’t see it in my lifetime, and I don’t see it in his lifetime. I think it’s going to be one of those things where maybe, I hope it never happens, but where he’s not mentally stable or not physically healthy enough to make these trips. That damn guy got a hip replacement on a Friday, and on a Monday night, he was taking a damn bump on the ramp of Monday Night RAW. This guy’s a freak!”

That “more input” Vince McMahon is taking likely comes from Bruce Prichard. He rose to a position of great power in the company upon his return. Some might not see that as a change in the right direction, especially those within the company.

We’ll have to see what the future holds for Vince McMahon, but he will continue leading WWE into battle every week until he is unable to do so.