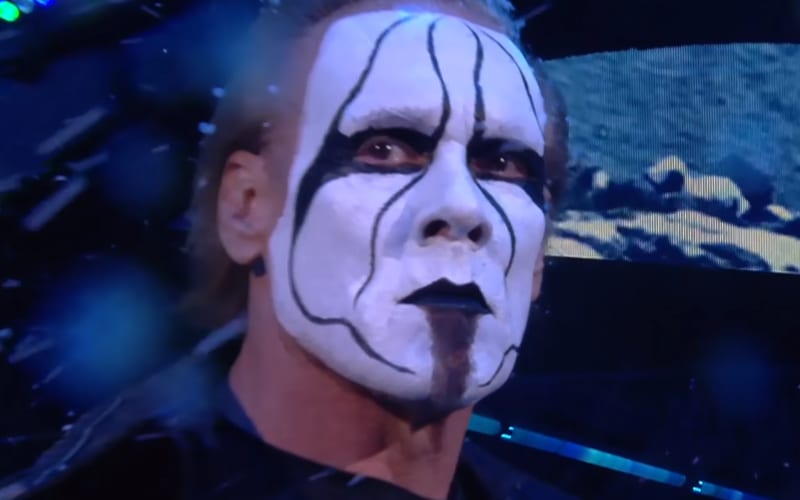 Sting is with AEW now, and that excited a lot of fans. It could also bring many eyes to All Elite Wrestling. The Stinger will be on Dynamite next week, and we know a bit more about what to expect.

Click here for more on how upset Sting was with WWE prior to him leaving Vince McMahon’s company.

AEW is now advertising that Sting will take part in an interview segment with Tony Schiavone. This will be historic, and a blast from the past for many fans.

Sting hadn’t been in a pro wrestling ring on TNT since 2001. That changed on Dynamite this week during Winter Is Coming. Tony Schiavone will have a chance to ask Sting the questions that everyone wants to know.

This Wednesday on #AEWDynamite @tonyschiavone24 will interview @Sting for the first time in #AEW.

Hopefully, Tony Schiavone asks the right questions because there is a lot that fans want to know right now. It was not noted if this interview segment will take place in the ring.

The current plan is for Sting to be a regular on AEW programming, but he likely won’t be wrestling or taking many bumps at 61-years-old.