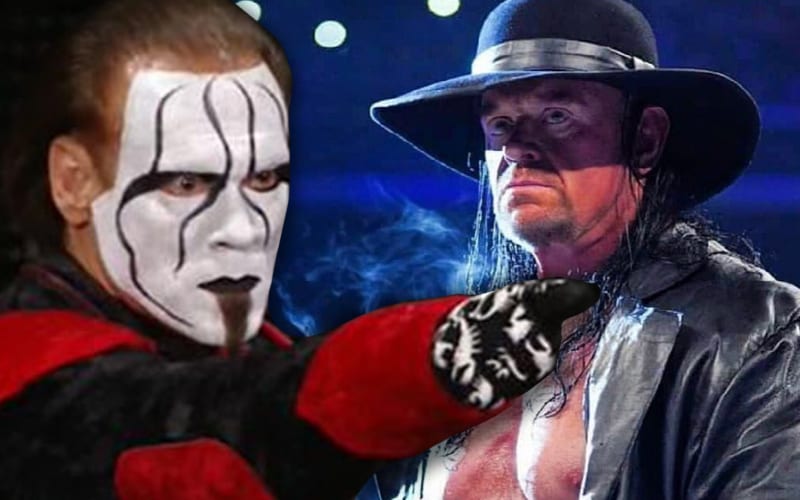 Sting is now with AEW, but he had and idea for a match in WWE that Vince McMahon just wasn’t interested in.

For decades, fans wondered what The Undertaker vs Sting would be like. This question was almost answered for fans, and it could have happened in a cinematic match, but Vince McMahon nixed the idea.

The Wrestling Observer Newsletter reports that Sting had interest in a cinematic match against The Undertaker. For whatever reason, McMahon wasn’t interested in presenting that match.

Still it is known Sting wanted to do a Cinematic match with Undertaker, and for whatever reason, while fans have clamored for Undertaker vs. Sting for years, it has never been a match that appealed to McMahon.

It’s unclear if Sting will wrestle for AEW, even in a cinematic setting. This could be an interesting time in pro wrestling, but Sting vs The Undertaker is definitely not going to happen now.

Who would have won in a match with The Undertaker vs Sting? Sound off in the comments below!