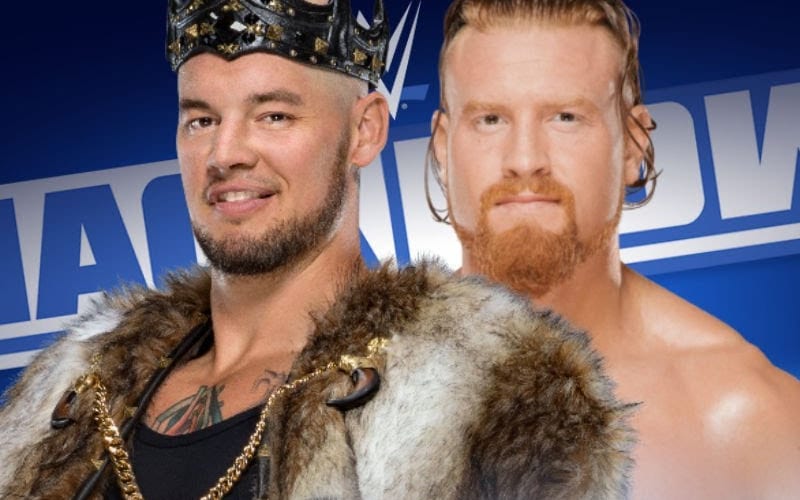 WWE is bringing another episode of SmackDown to FOX this week, and they only have a couple of things announced. It will be a very busy day for the blue brand.

The company announced King Corbin vs Murphy for this week. That match was laid down last week after the Mysterio Family helped Murphy win by cheating for him. This week Corbin said he will be ready.

Roman Reigns will be on SmackDown as WWE Universal Champion. The Tribal Chief and Kevin Owens will continue their feud toward TLC. Their match has yet to be officially announced, but that could come tonight.

Big E will also continue his feud against Sami Zayn with the Intercontinental Title in play. The Street Profits will also continue their feud with Dolph Ziggler and Robert Roode, the challenging team who defeated the SmackDown Tag Team Champions last week.