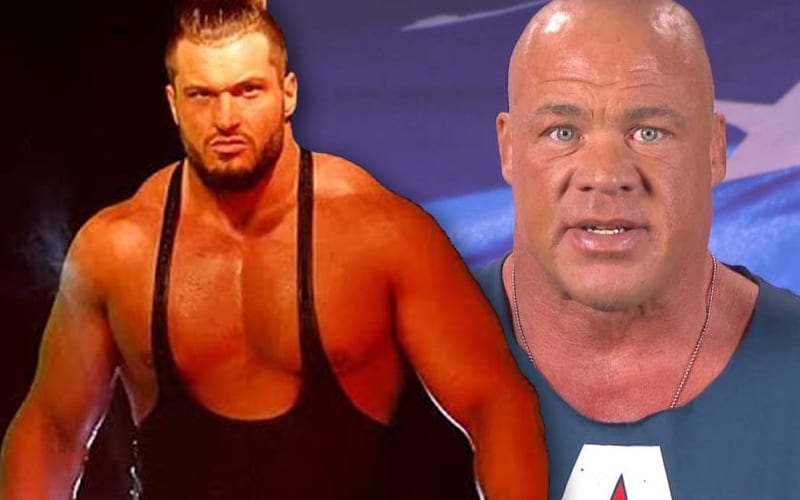 WWE and AEW have competed for the same talent on a few occasions. WWE has a lot of money and promises they can offer. AEW also has many attractive aspects to consider as well.

While speaking to AEW Unrestricted, Wardlow revealed that Kurt Angle tried to get him to sign with WWE. Obviously, Wardlow decided on another path that brought him to AEW, but he did have a WWE tryout.

When Wardlow heard about the plans AEW had for him it was an offer he couldn’t refuse.

“I know people know that I did have a tryout, and I smoked that tryout. I was literally the only dude there in a suit. It was mind blowing. Dudes are there in shorts and t-shirts. That’s because they’re not recruiting wrestlers. They’re recruiting ex-NFL athletes or college wrestlers, people that have never watched wrestling [and] don’t care about wrestling.”

“The comments these people were making made me sick to my stomach that they were there getting an opportunity. Of course, my roommate, he’s like, ‘Man, I’ve never even watched wrestling. I don’t even like it.’ I’m just like, ‘Get out of my room. Why are you here?’ And that was his second tryout. These people are getting multiple chances.”

“So I smoked that tryout. I’m like, ‘I have this in the bag’, so much so I literally sold my motorcycle [and] sold my house, literally got rid of everything because I’m like, ‘I’m going to put everything into moving into Florida.’ So when the email came in that I was not, I remember I actually had to pull over on the side of the road because I just couldn’t believe it, and then I started training personally with Kurt Angle when he was getting ready to make his comeback for his final couple matches.”

“And me and Kurt clicked in the ring really well, and him and I talked a lot. And he expressed that he had a conversation with a certain somebody there about bringing me in, and he’s like, ‘It’s not a matter of if, it’s a matter of when.’”

“Lord knows I am not the most patient person at all. That’s always been a battle. So when the opportunity came with AEW, and I heard what the plans were and I heard the vision and the passion behind it, I knew there was nothing for me to wait for it. This is what it is, and I’m very happy I didn’t say no and wait and wait and wait. God knows I could still be waiting at this point. Who knows? I most definitely where I’m supposed to be.”

Wardlow is now a member of the Inner Circle, but we’ll have to see where this program leads him. He has a bright future in All Elite Wrestling that is only getting started. WWE loves big men who look like Wardlow, but nothing is guaranteed there. It’s hard to look at how things turned out at this point and say that Wardlow made the wrong choice.