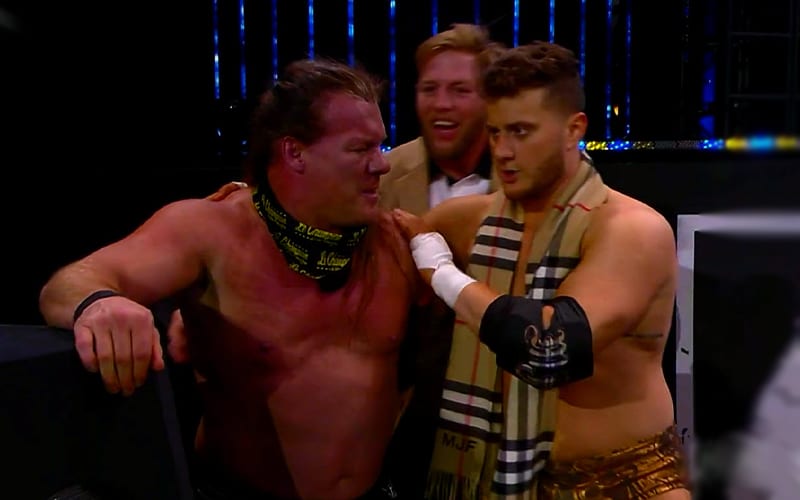 AEW is gearing up for 2021 by closing out 2020 when a few huge angles. The Inner Circle teasing a breakup is a part of that direction.

During Wrestling Observer Radio, it was noted that the Inner Circle are very likely not breaking up next week. Chris Jericho scheduled an ultimatum segment on the next Dynamite, but it’s not likely to end in a breakup. It could very well conclude with a Sammy Guevara babyface turn.

It was noted that MJF was the one who actually wanted to throw the towel in during Chris Jericho’s match against Frankie Kazarian, but that’s not what Le Champion saw. Instead, he turned around to see Sammy Guevara holding the towel instead after the Spanish God ran down to take the towel from MJF.

Sammy Guevara’s babyface turn has been hinted at for a while now, and it could come as early as next week.