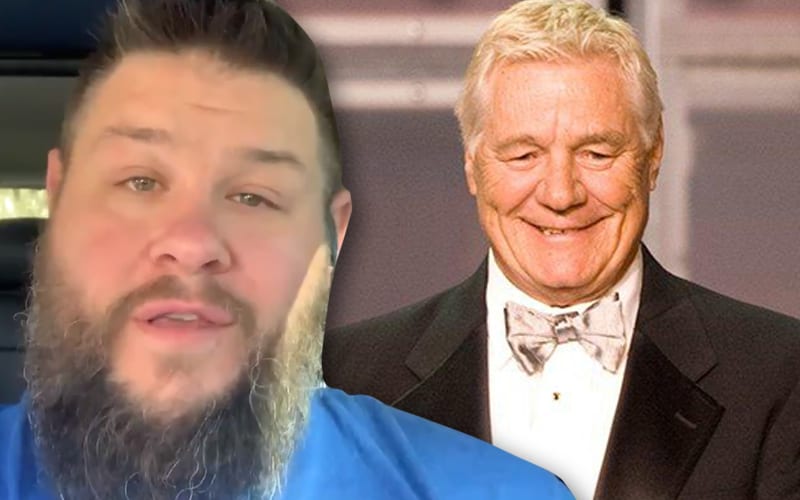 Pat Patterson passed away at 79-years-old and the pro wrestling world all reacted. Kevin Owens was gutted by this news as the famous Canadian legend is no longer with us.

Owens dropped a tweet which was included in our initial article featuring so many reactions. He later released a video saying that writing a tweet didn’t feel right, because “Pat was so kind and helpful to me from the moment I stepped foot in WWE.”

“He truly loved trying to help this generation and trying to help this industry in any way he could. That was just him as a wrestling guy, a wrestling veteran, but as a human being he was even better. Not one time did I see him where he didn’t ask about my son and my wife and my daughter and my parents to see how they’re doing — some people just ask these questions because that’s just kind of what you do, but not Pat.”

“He was just a great guy, and I hadn’t talked to Pat in far too long and this is just a stern reminder to keep in touch with those you love and those who are important to you because you never know what is going to happen.”

Pat Patterson will be missed by everyone in WWE. Kevin Owens said that his thoughts are with Patterson’s family and friends, and he is not alone. This is a heartbreaking story and Patterson was loved by so many. He gave that love and respect right back to everyone he met.