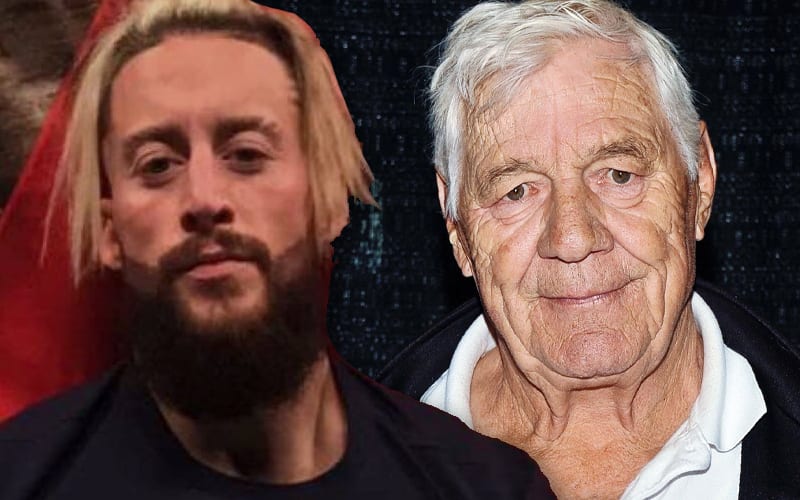 Pat Patterson passed away at 79-years-old and the entire pro wrestling world remembered the legend, and the legacy he left behind.

Patterson was a mastermind at pro wrestling and he helped construct many amazing moments in pro wrestling history. Enzo Amore sent out a tribute to Pat Patterson where he shared a story that meant a lot to him.

NZO said that Patterson came up to him backstage in tears. He simply looked at Amore and said “thank you for that.” Enzo Amore didn’t specify what had just happened in the ring, but it was still a very personal story to share.

1 time #PatPaterson summonsed me welling tears backstage, he to pointed me & called me to him. He grabbed my shoulders looked at me crying & smiled, he just said: “Thank you for that.” Prolly the most humble feeling I ever got getting out the ring in NXT. Thanks Pat

Pat Patterson will never be forgotten and his influence will be seen in pro wrestling forever. If it weren’t for Patterson, pop culture wouldn’t be the same. He was the one who told Vince McMahon that he needed to see Rocky Johnson’s son Dwayne work out in the ring. The Rock included that fact in a heartfelt message after Pat Patterson’s passing hit.