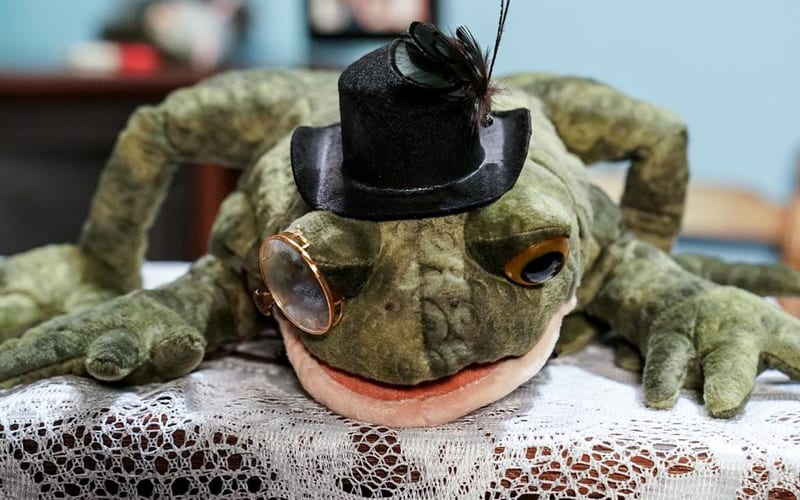 Bray Wyatt’s Firefly Fun House is a very interesting place. His puppets can be killed off, and apparently resurrected on a regular basis. A recently introduced Firefly Fun House friend was murdered during his debut segment, but he could come back.

Alexa Bliss destroyed Friendship Frog because she didn’t want to hear his life lessons. She was in the middle of ending her friendship with Nikki Cross at the time. The Friendship Frog puppet could be back because WWE locked that name down with a trademark.

According to Heel By Nature, WWE filed a trademark for Friendship Frog on November 25th with the United States Patent and Trademark Office. This new trademark includes similar language that the company has in most filings of this nature.

WWE can now use Friendship Frog for “Entertainment services, namely, wrestling exhibitions and performances by a professional wrestler and entertainer rendered live and through broadcast media including television and radio, and via the internet or commercial online service.”

The company also registered Friendship Frog for a ton of merchandising purposes. Those include all types of clothing and pretty much anything else they can slap that frog’s image on.

We’ll have to see if Friendship Frog makes a return to the Firefly Fun House. It might be possible that he will rise from the dead like Ramblin Rabbit. If you’re interested to know what happened to Wobbly Walrus, please click here.