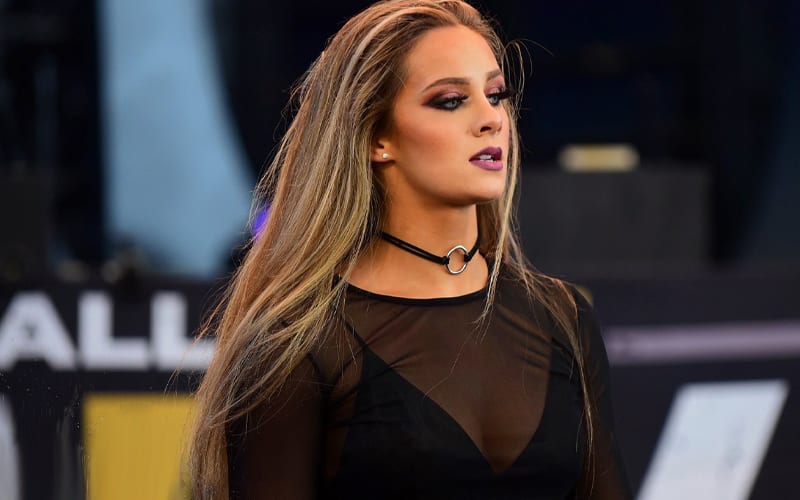 Anna Jay landed in AEW and was quickly signed. She eventually gained more experience and became a member of the Dark Order. Anna Jay needed that experience because she was very green when making her AEW debut.

During AEW Unrestricted, Anna Jay revealed that her first match in AEW was actually her seventh ever. She was making a big impression on a huge stage before she even realized her career was taking off. The fact that she was nominated for Rookie of the Year by PWI was also a shocking moment.

Aubrey Edwards – Today we’ve got an Anna Jay and of course I wanna start off with a congratulations you are a nominee for Pro Wrestling Illustrated’s Rookie of the Year for 2020.

Anna Jay – Shoot yes thank you, I was surprised. I was like whaaat? But yeah thank you. it’s exciting.

Aubrey Edwards – That’s super super awesome. So you made your Dynamite debut when we had the crazy Georgia shows, where it was like the all full day thing in a match to Shida. Which, if I remember correctly was like your seventh match ever.

Anna Jay – Yea it was.. and it was my like second match with AEW. I actually had the Dark match with Penelope before hand. Umm but yeah it was my seventh match in my professional wrestling career.

Anna Jay is set to get a big focus in AEW’s second year. Tony Khan obviously has plans for her. She has morphed from the Star of the Show to #99 in the Dark Order, but Anna Jay has also been working very hard behind the scenes to make up for a lot of learning she needs along the way.