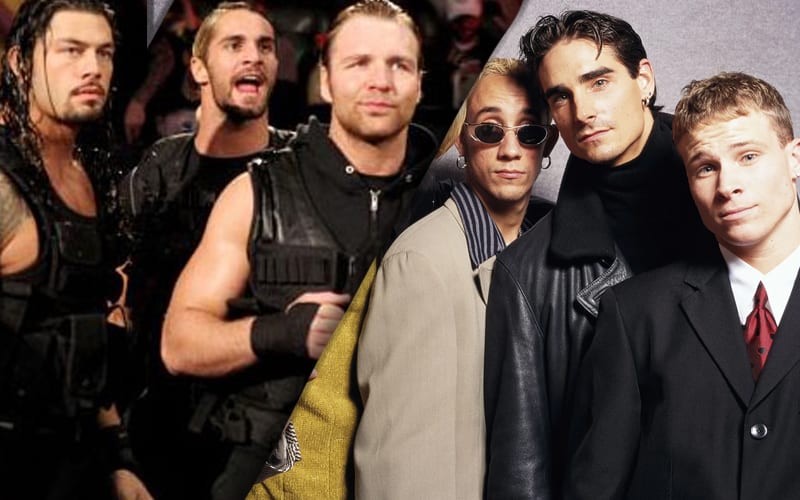 The Shield made their big 2013 debut, and nobody really knew how to take them. It was thought that they were aligned with CM Punk, but the Hounds Of Justice had other plans.

Dean Ambrose, Roman Reigns, and Seth Rollins became household names within the WWE Universe during that time. They certainly went from obscurity to larger than life in rapid fashion.

During Renee Paquette’s new Oral Sessions podcast, Jon Moxley opened up a bit about The Shield’s quick rise to fame. They went from working hard for no money to making way more than just gas money.

“When [The Shield] first started doing meet and greets, we were in FCW, an island literally of nobodies; nobody knew who we were. The group I was with, we were from the equivalent of a farm system in wrestling in Florida. We were nobodies. Nobody knew who we were. We were making gas money, came upon the scene in a matter of months later. All of a sudden, we’re the f*cking Backstreet Boys.”

“We were like a boy band. We were going to malls and chicks are going crazy. I’m meeting all these people, and I didn’t know how to talk to people. It was very weird to me. People were like, ‘Oh my God, I love you so much!’ And I’m like, ‘I don’t know you. Thank you.’ I didn’t know to behave in a scenario.”

“Being in WWE kind of helped me learn better social skills. I learned how to talk to people I don’t know, especially in these Make-A-Wishes, these people are shy. You have to make these good experiences with them. I learned how to be a person in the public eye. It took actual work. It’s like, a skill to develop.”

Dean Ambrose left WWE, but the company recently locked down that name with a new trademark. Jon Moxley is still very happy as AEW World Champion where he doesn’t have to ask WWE permission to do things like appear on his wife’s pocast.

We’ll have to see if a Shield reunion is ever possible in the future. Right now it’s not a good idea to hold out too much hope for it to happen any time soon.