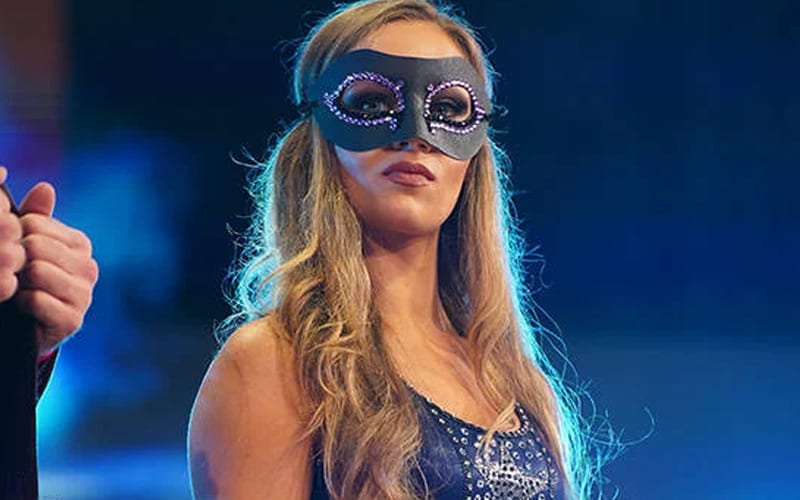 The Dark Order is always looking for new members to join their flock. Anna Jay is #99 for the AEW faction, but her debut with the group was rather sudden. It wasn’t supposed to be that way, but AEW scrapped the segment the filmed for her.

During the AEW Unrestricted podcast, Anna Jay explained that they actually filmed a vignette that would have introduced her to the Dark Order. For some reason, that plan was done away with. They continued on, and then Anna Jay was suddenly just in the faction one week without ever debuting program.

“I remember the night that I was offered a contract,” Jay stated. “Actually, I don’t exactly remember who it was, but they said, ‘Oh, there’s an idea for you to be in The Dark Order, but we’re not going to do that.’ And so it’s like, Oh, okay, I’ll do literally whatever you guys want me to. I’m literally just happy to be here,’ and then it was brought up to my attention again. I think it was a couple of months after I was signed, and they actually filmed the whole vignette of me joining The Dark Order.”

“And then they ended up doing away with it, and so I just came out with Brodie and Colt on Dynamite if you guys remember. So it kind of happened pretty quick, but then I was gone for a couple of weeks and came back, and people, I think, were a little confused because I just walked out with him and that was it. But yeah, it just kind of fell into my lap.”

Anna Jay is set to get a bigger focus while AEW rolls through their second year as a company. We’ll have to see if she remains in the Dark Order the entire time, Brodie Lee’s stable is always looking to get new members and Anna Jay’s recent recruitment efforts for Tay Conti are quite interesting.