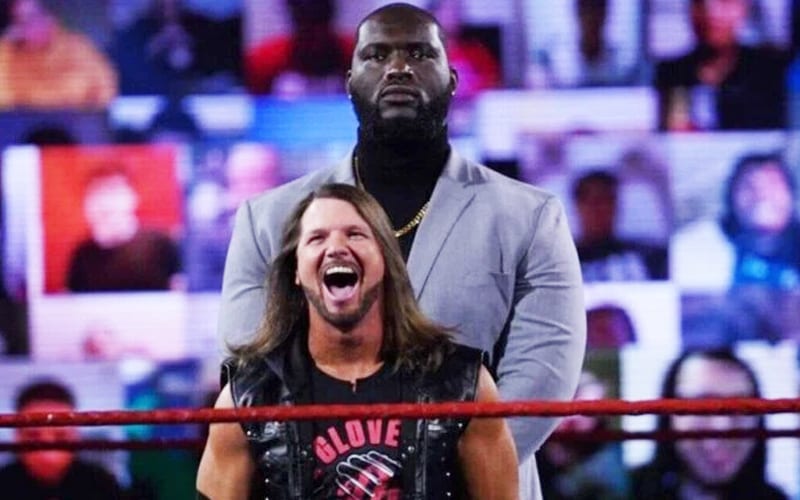 AJ Styles’ new associate in WWE wasn’t given a name for the longest time. That changed when Matt Riddle called him “Omos.” That is a name that stuck, and they continued referring to the giant man as Omos.

Jordan Omogbehin is now know as “Omos” on WWE television, but there’s a reason why they gave the 7′ 3″ Nigerian that name.

WWE likes to give talent names that sound close to other things that are similar to their character. In Mongolian folklore, an almas, pronounced a lot like Omos, is a creature or deity which is said to inhabit the Caucasus and Pamir Mountains of Central Asia, as well as the Altai Mountains of western Mongolia.

It’s also notable that the folk traditions of Darkhad include the deity Almas khara Tenguer, which translates to ‘Almas the Black God.’ The Almas has been compared to the Yeti or Bigfoot where they are huge creatures, but their existence has yet to be concretely proven.

There is still an ongoing search for the almas, as recently as 2014 when hair samples believed to belong to an almas were studied, but it was found to be from a brown bear instead.