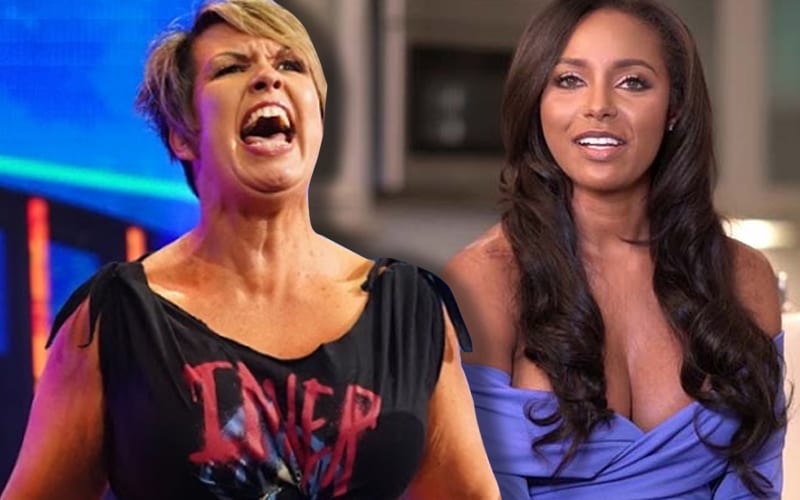 Vickie Guerrero found a new pro wrestling family in AEW after WWE blackballed her. That doesn’t mean Guerrero will play nice with everyone in All Elite Wrestling.

Guerrero posted on Twitter to let fans know that she is gunning for Brandi Rhodes. She called the AEW Chief Brand Officer the “Chief Bull Sh*t Officer” while announcing that she will address Brandi Rhodes on tonight’s show.

We’ll have to see what Brandi Rhodes has in store for her this week. It seems that there are plenty of women who would like to get Brandi Rhodes’ attention including Jade Cargill.

Vickie Guerrero is still leading Nyla Rose to the ring during AEW programming. This could result in some additional drama on TNT, a network already famous for knowing what drama is all about.