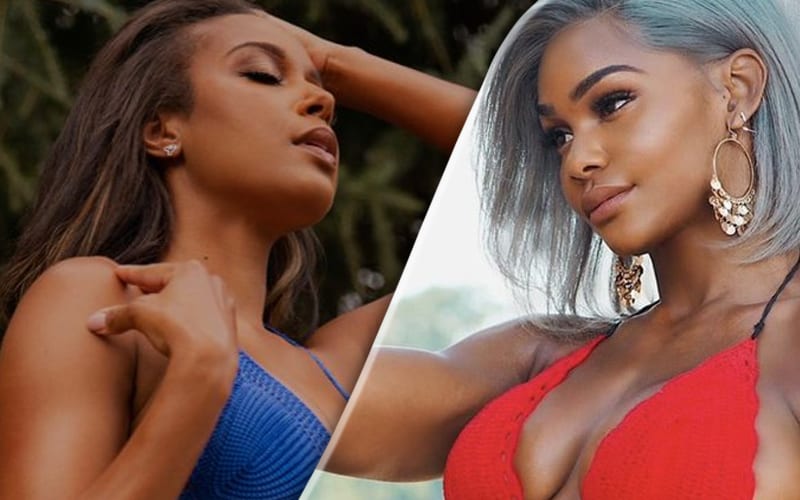 Jade Cargill created a lot of attention for herself when she entered AEW. The cross-over athlete from the college basketball and fitness modeling world also likes to show off online. Brandi Rhodes can answer back with the best of them.

Cargill dropped a bikini photo the other day. In the caption she asked, “Tell me. Who’s my competition?” Brandi Rhodes obviously saw this tweet and she had her own photo to share.

Rhodes dropped a bikini photo of her own while sporting a little blue number. She sent out a caption which was an apparent reply to Jade Cargill: “You can crack my arm…but that’s about it.”

Cargill attacked Brandi Rhodes backstage at Dynamite last week. We’ll have to see what’s next for those two, but it seems that their feud will continue.