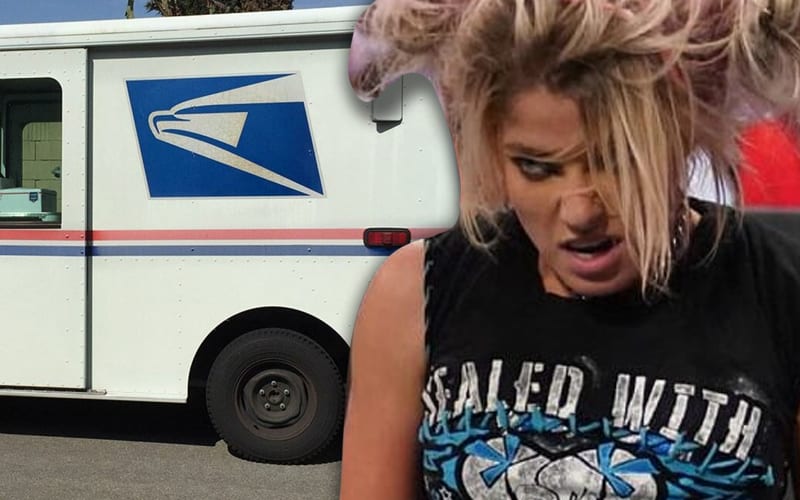 The United States Postal Service received a lot of attention this year, especially due to the Presidential election, but Alexa Bliss is not a fan. Bliss’ disdain for USPS has nothing to do with mail-in ballots, because they keep losing her stuff.

Bliss saw a tweet from the USPS that said: “Send More Packages.” She doesn’t advise this practice as they’ve apparently lost a few of her packages in the last month, 5 to be exact.

Yeah probably not doing that because USPS has lost 5 of my packages this month & I still can’t get ahold of anyone about it. Nice try USPS not Falling for that one.

Let’s hope that Alexa Bliss gets her packages, or at least she received a refund. You never know what kind of things Bliss could be ordering online so they might be losing irreplaceable items. She’s not falling for USPS’s plot to give them more packages to lose.