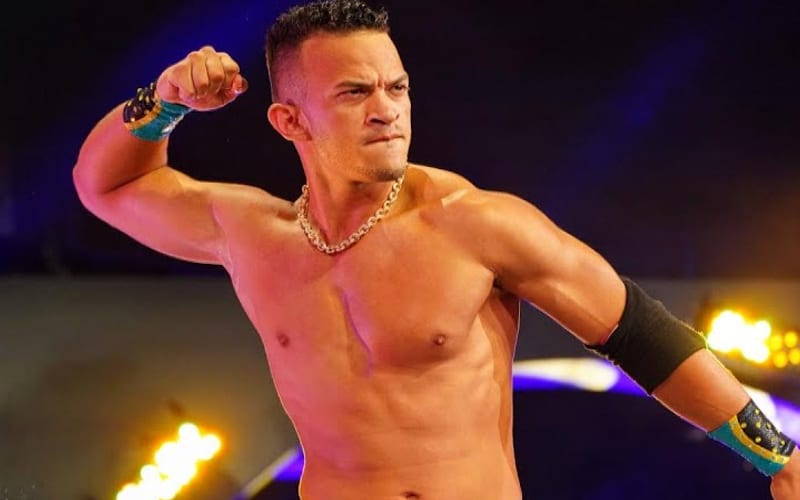 Ricky Starks showed up on AEW Dynamite to face Cody Rhodes in a TNT Open Challenge. He received a lot of attention for that match, and it wasn’t limited to AEW.

WWE called Starks and had interest in bringing him in after that match against Cody Rhodes. Ricky Starks obviously turned WWE down, but he found the timing of it all very interesting.

While speaking to Chris Van Vliet, Starks discussed how WWE called him right after he appeared on AEW Dynamite. He didn’t take WWE up on their offer, but he was very entertained by the entire situation.

“The funny thing is, the day that I wrestled Cody I got a phone call from WWE saying ‘Hey, we’ve been watching you and we wanted to bring you in’. I said ‘Oh really? oh ok. Interesting. Of all days’. And so I entertained by that conversation because I was curious but I think I knew already which decision I was going to make. And I had a very dear, great friend tell me once: you should look at the people who want to invest in you and not know anything about you as opposed to the people who only wanted you when they saw someone else having interest. So that put things in perspective and I don’t hold any ill will towards WWE but I really think they dropped the ball majorly on that. I’ll never know why and I guess I don’t care now.”

Tony Khan figured out a program for Ricky Starks while watching him work that tryout match against Cody on national television. He also had a contract offer waiting for him. Ricky Starks is now a part of Team Taz and factored into many plans that AEW has for years to come. We’ll have to wait and see what happens down the line, but right now Starks seems to have made the right decision.