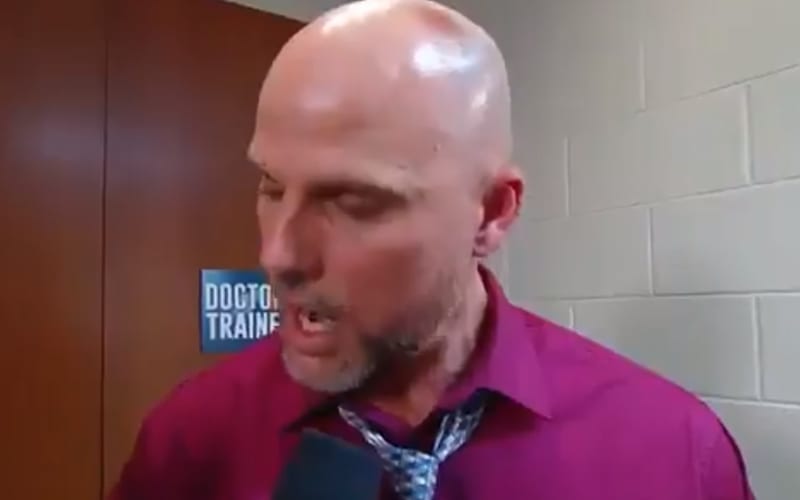 Adam Pearce had some official business to take care of on RAW this week, but he didn’t get the words out in the way he anticipated. WWE Champion Drew McIntyre got an unexpected new nickname this week because of it.

Pearce accidentally called McIntyre “Drew McInfart” while he was explaining the process to find him a new #1 contender. This was not the words that were scripted for him, but the WWE Universe certainly took notice.

Adam Pearce sent out a tweet to McIntyre where he apologized for that botch. Drew McInfart sounds more like a Garbage Pail Kids version of WWE, and that was not his intention at all.

Apologies to Mr. McInfart, who is obviously the champion of something entirely different.

Adam Pearce knows how to make the best out of a bad situation. He showed that while commenting about Braun Strowman’s suspension as well. Hopefully, Pearce won’t have any more of these little slip-ups because Vince McMahon probably doesn’t want that “McInfart” nickname to stick for the King of Claymore Country.