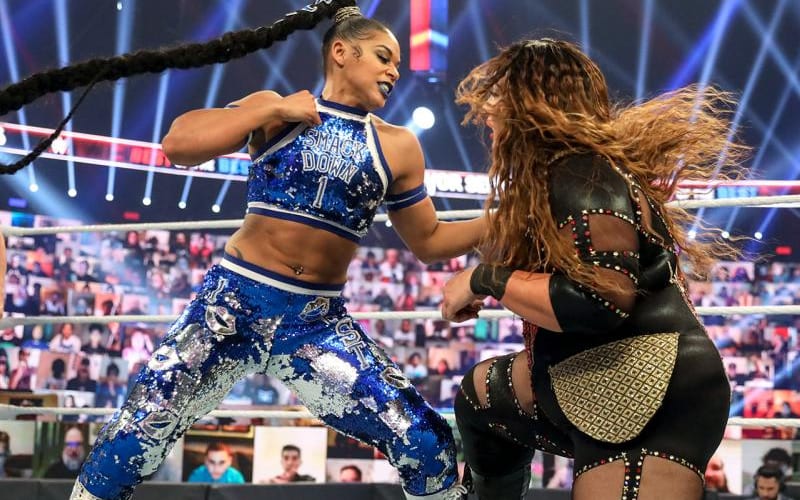 Lana was the Soul Survivor during the Women’s Survivor Series match last night. This was a shocking ending that saw Lana win the match after standing on the ring steps throughout the entire thing because she wasn’t allowed in the match.

During Wrestling Observer Radio, Dave Melter discussed the finish of the Women’s Survivor Series team match. Lana was booked to win, but they had a very tricky situation at the end that they needed to work around.

Meltzer noted that Nia Jax, Shayna Baszler, and Bianca Belair were being protected in that match. This is why they were not eliminated in typical ways. Baszler was DQ’ed, leaving Jax and Belair to battle to a double count out. This was simply a way out of the situation WWE booked for themselves in.

Lana was the Soul Survivor when everything was said and done. She was very happy, and it told a great story that went along with her WWE Chronicle special. It didn’t happen for her in typical fashion.