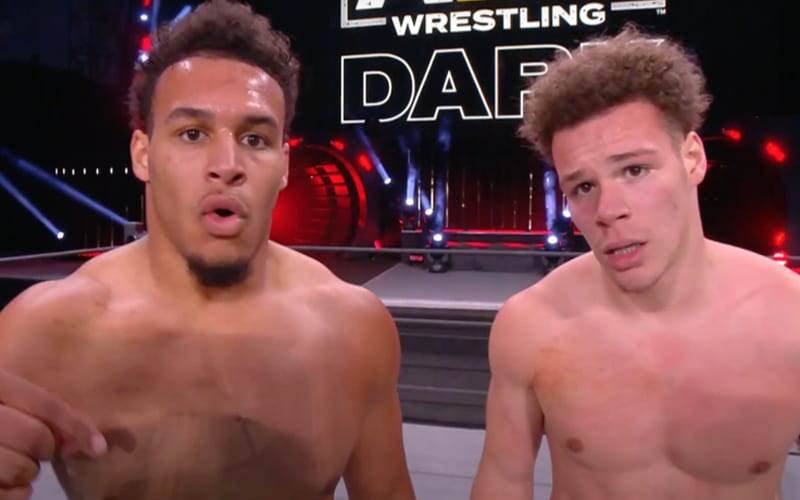 AEW has a couple of different contracts that they offer their talent. If the stars receive a public announcement about their signing then they are reportedly under guaranteed contracts, and that is likely the case for Top Flight.

Darius and Dante Martin impressed the Young Bucks and plenty of other pro wrestling fans. Now they are officially under AEW contracts.

Welcome to the team… #TopFlight Darius & Dante Martin are #AllElite

The young brother tag team is 19 and 21-years-old respectively. They have a lot of potential, and AEW will be their home. It was not noted how long their contracts are for, but we can assume that Tony Khan locked them down with lengthy deals.

This is exciting news for AEW fans as the company adds another gifted tag team to their roster. Keep checking back with Ringside News for more updates on this story, and everything else going on in the pro wrestling world.