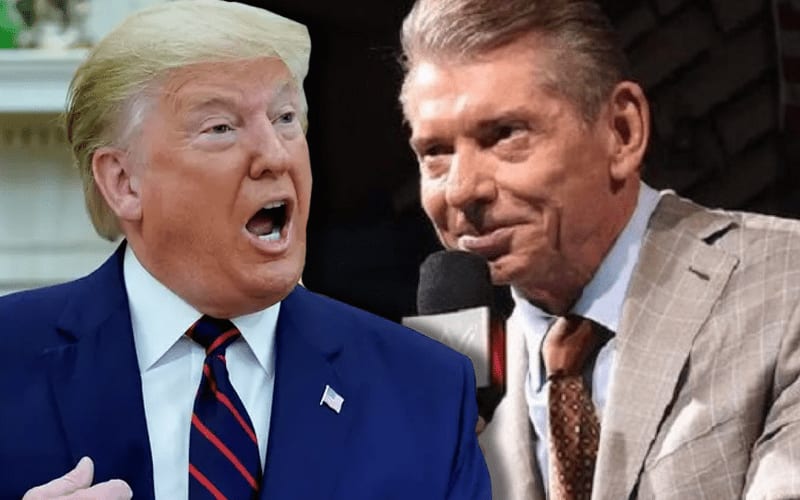 WWE brought Donald Trump into their WrestleMania 23 storyline which created a “Battle of the Billionaires.” That angle ended with McMahon having his head shaved, a gimmick that was heightened due the mystique surrounding the 45th POTUS’ hair. This angle also upset McMahon a bit.

Court Bauer was a WWE writer at the time, and he remembers that road to WrestleMania well. He revealed on Talk Is Jericho that McMahon was especially upset at Trump during that storyline because he thought that Trump was trying to show him up on his own show.

“Donald Trump was there doing the angle with Vince, and one night, we’re doing some sort of in-ring deal with Trump and Vince. And it was cold, and Donald Trump has that big winter jacket,” Bauer said. “He’s 6’4″ or something like that. He’s kind of a deceptively tall guy. They’re doing a promo, and Vince and him are going face-to-face as the ‘Battle of Billionaires’ thing goes down.”

“Afterwards, we’re in the limo and Vince is just livid. They get along great, but there’s that kindred spirit thing with them and everything. He felt like Donald had intentionally showed him up. He’s like, ‘Did you see that? He was wearing that jacket. Clearly his shoulder pad was stuffed to look bigger. It’s ridiculous.’ And he was really hot about Trump trying to look bigger than him.”

Donald Trump’s WrestleMania 23 appearance was memorable for many reasons. Different portions of that Mania angle were also captured in animated gif form years later and shared for much different purposes.

We’ll have to see if Donald Trump ever shows up on WWE television again. His friendship with the McMahon family certainly didn’t diminish no matter how much he stuffed his shoulder pads.