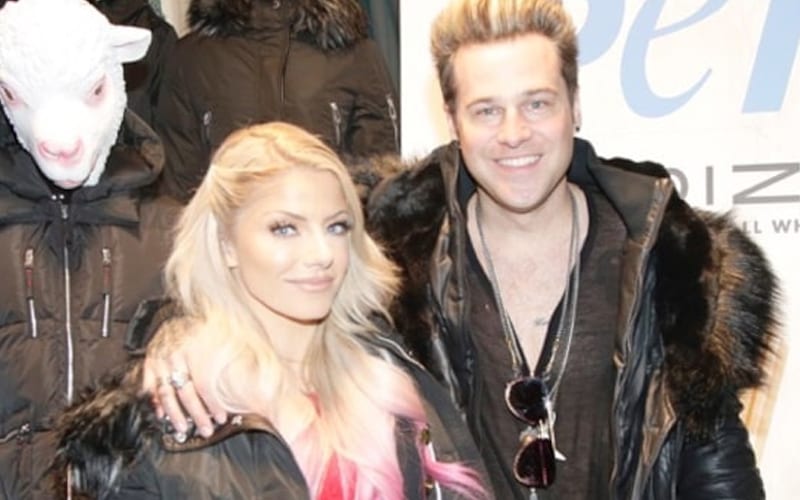 Alexa Bliss is involved in one of the hottest angles in WWE right now as she forms a bond with Bray Wyatt’s Fiend. She is also experiencing a very exciting time in her personal life as she and singer Ryan Cabrera are now engaged.

You can click here to watch video footage of that proposal. In fact, Bliss carried around her own engagement ring for a long time and she didn’t even know it. You can check out that story here.

While speaking to Better Together with Maria Menounos, Alexa Bliss said that she really wants kids with Ryan Cabrera. This was not the mindset she had in her previous relationship, because her career was such a focal point. Cabrera really wants children, and it seems that Bliss would now be okay with having two of them.

“I definitely want kids, but where does that fall in my career line? Ryan is 9 years older than me so he’s very much he wants kids yesterday. That’s one of the first things he told me ‘I can’t wait to have kids,’ you know.”

“At that time when I was in my past relationship I didn’t want kids because I was just starting with WWE it was not in the cards for me, but eventually I do want kids, like two I’d be okay with two kids.”

Alexa Bliss and Ryan Cabrera want kids, and Cabrera is the more eager of the two. Bliss said that time in their lives will have to wait until she is no longer under WWE contract. She has just over three years left with WWE, and Ryan Cabrera is okay with waiting that long.

“We discussed that we would see where I am once my WWE contract is up and I think that’s 3 1/2 years. He’s like totally fine with that. He’s like ‘I just don’t want to be 45 and have my first kid.'”

Alexa Bliss and Ryan Cabrera have plenty of time to plan out a future together. They need to figure out their wedding first. Kids are certainly not out of the picture, but they will likely have to wait at least three years before that can happen.

Congratulations once again to Cabrera and Bliss from everyone here at Ringside News.