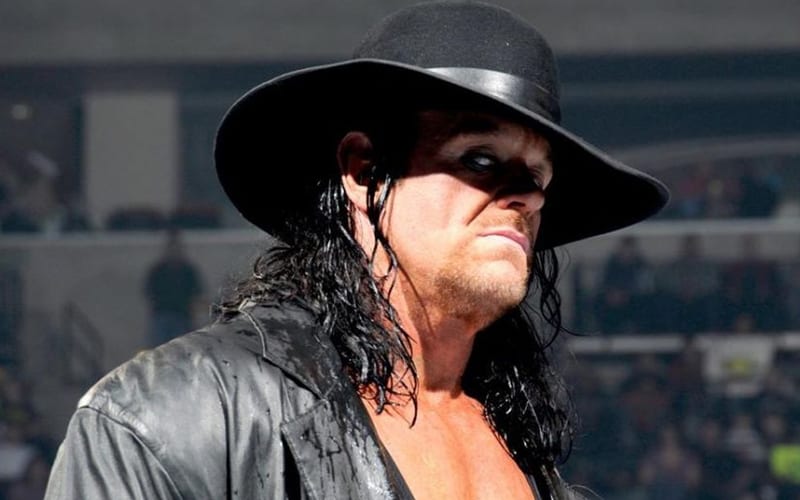 The Undertaker protected his character for decades. He appeared on Regis and Kathy Lee back in the day, but he was miserable in those experiences. His 30th anniversary in WWE is coming up, and he is preparing for his Final Farewell at Survivor Series. Despite pulling back the curtain with his Last Ride docuseries, it is still incredibly hard for him to talk about the business at times.

While appearing on Hot Ones, Taker said that he likes spicy food, but he has to have flavor. “If it’s got flavor and it tastes good, that’s one thing, but if it’s like eating liquid kerosene… let’s see how this goes.” He did well and bravely faced the wings of death.

He was asked if it is difficult to open up about the pro wrestling business after being in character for so long. The Undertaker admitted that there are still times when that old-school mentality will kick in and urge him to keep his mouth shut.

“I’ve been with WWE for 30 years, but I’m still kinda an old school guy. Still, to this day talking about the business so openly I’m kinda like, I’m fighting that urge to clam up and not talk about it. and not tell stories, and people are dying to hear this stuff, but the old school rassler is like you should go in and pull the curtain shut and tell people you’re not home.”

The Undertaker’s work ethic and moral fabric made him a locker room leader in WWE for years. He protected the business, and he still holds respect for it to this day. It might be hard for him to openly discuss so many things that he once kept to himself, but we’re glad he had a change of heart.