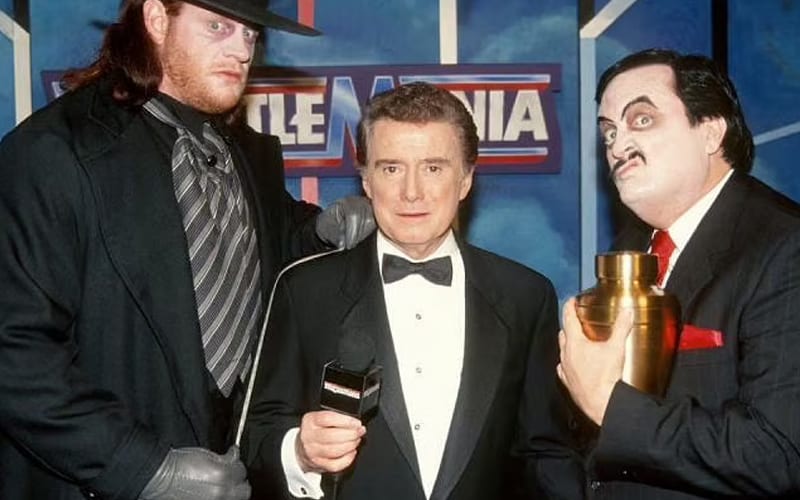 The Undertaker appeared on several daytime talk shows during his early career with WWE. Those comedic stops in the morning to chat it up with people like Regis & Kathy Lee might see fun for a lot of people, but not for The Deadman. He was miserable.

While speaking to Hot Ones, the Undertaker revealed that he was miserable during those talk show gigs. He had no pull in WWE as he does now, so he kept his mouth shut and did as Vince McMahon asked.

“Absolutely miserable. Back then in the early 90’s I got on juice then. I’m just another one of the guys and when the boss says, ‘hey we want you to go on Regis and Kathy Lee,’ you go on Regis and Kathy Lee. I remember the first time we did the show. Man, here she comes just piping off and I’m like [grunts]. I hated it, but I knew it was good for business, but for my character, and for me personally I was absolutely miserable.”

The Undertaker is about to give his Final Farewell at Survivor Series, and it came with a few interview stops along the way. It seems that the Deadman got much better at interviews, but he really didn’t appreciate those early days when he was booked on Regis & Kathy Lee.