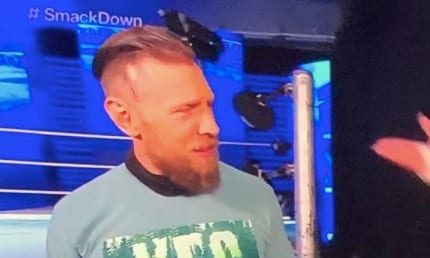 While there were plenty of talking points on social media last night courtesy of WWE SmackDown, one specific change had everyone talking: Daniel Bryan’s new haircut.

It seems silly to suggest that such a seemingly small detail would be viewed as so interesting or important, but then again, Bryan is one of the most popular members of the WWE roster.

One man who was quick to mock Bryan’s new look, of course, is The Miz.

The two men have enjoyed their fair share of encounters over the years, and you’d have to imagine their story isn’t over just yet.