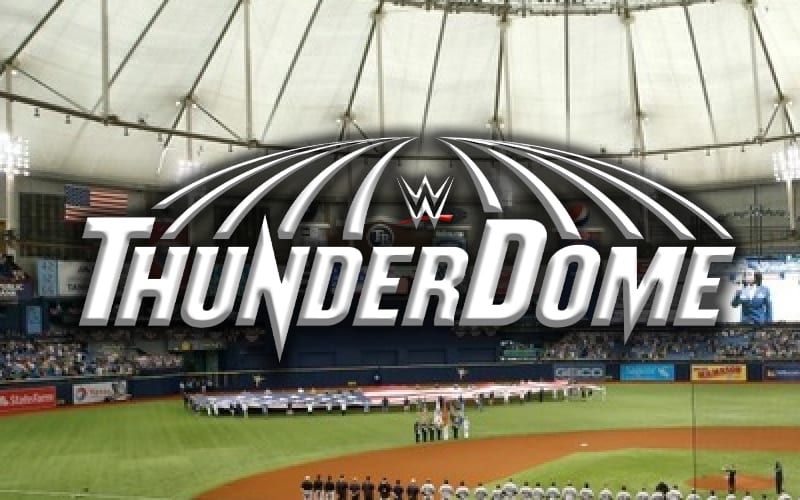 WWE is moving the ThunderDome to Tropicana Field, and their shows will begin there on December 11th. This is an exciting move for the company as it will give them a very big venue to play with, but will fans be a part of the deal?

Virtual fans have become the norm for WWE during the pandemic. Those ThunderDome screens will follow WWE to their new Tropicana Field venue, and fans will not.

The Wrestling Observer Newsletter noted that there are currently no plans to bring fans into Tropicana Field.

WWE officials told us that right now there are no plans for allowing spectators, even with the size of the facility, which holds 42,735 fans for baseball.

WWE operates in Florida, a state which has been very lax on pandemic mandates for months, but they are still not bringing fans back to their live events. They must be out of Tropicana Field at least by March when the Devil Rays need their field again. We’ll have to see if WWE eventually changes their minds about bringing back live fans.