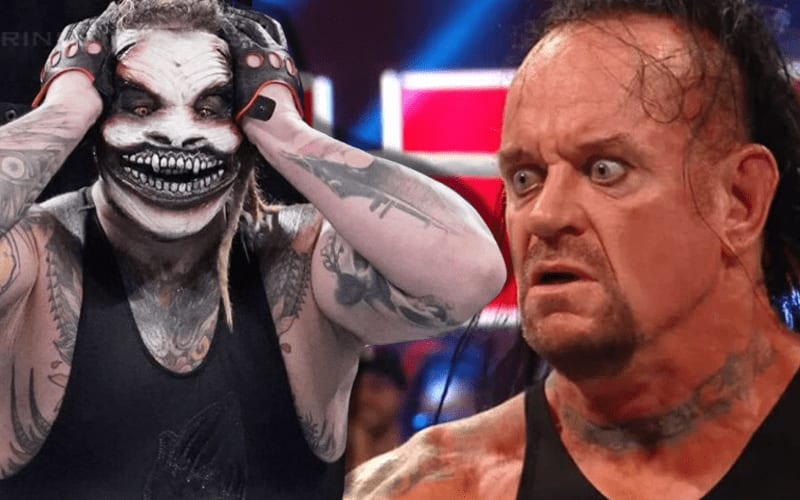 The Undertaker is set to say farewell at Survivor Series, but there is one character he has yet to tangle with. Bray Wyatt and The Undertaker had experienced a run in before, but the same can’t be said about the Fiend.

Bray Wyatt even sent out a tease recently that The Deadman and The Fiend never met in the ring.

While WWE The Bump had The Undertaker on the show, he said the possibilities are endless for The Fiend. He followed that up by saying he would “love to work” with Th Fiend.

“This iteration now, the possibilities are endless. He’s really taken his character to the next level. It’s original and so different from what everybody else does. It’s so thought provoking and it draws emotion from people. I would love to work a program with The Fiend. My goodness, there’s no telling what kind of matches we would come up, just due to the strength of his career and obviously The Undertaker character, it would have been something else. It might have been a Buried Alive, Swamp Match, Alcatraz, the possibilities would be limitless with those two characters.”

The Undertaker’s Final Farewell will likely get in the way of facing The Fiend, especially if he never wrestles again. We’ll have to see what’s in the pipeline, but The Fiend will likely have a fan in The Undertaker whether or not they square off in the ring.