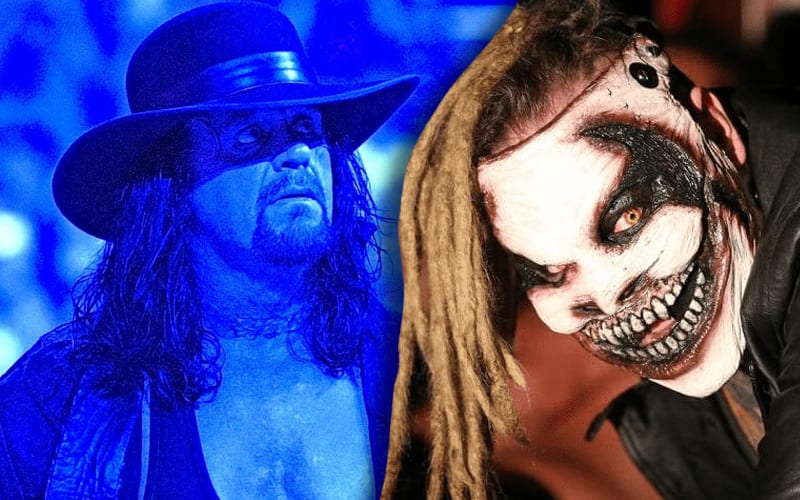 The Undertaker is going to give his “Final Farewell” at Survivor Series. We’ll have to see how long that lasts, but Bray Wyatt probably wouldn’t mind making another moment with the Deadman before he leaves completely.

WWE is really hammering The Undertaker’s 30th anniversary. 30 days of the Deadman took over the WWE Network, and Survivor Series is scheduled to honor him in a big way.

The company’s official Twitter put out a montage video for The Undertaker. The caption for the video said: “From Drew McIntyre to Bray Wyatt, the Undertaker has battled them all.”

Bray Wyatt replied back with a very interesting response. He said: “Not quite ALL.” The “all” in Wyatt’s reply was in all capitol letters which signifies that he stressed that word, and could be implying that The Fiend hasn’t had his turn.

The Undertaker vs The Fiend seems like a match that a lot of fans would want to see. We’ll have to see what happens down the line, but Taker might not have much more time if he’s really giving his final farewell on November 22nd.