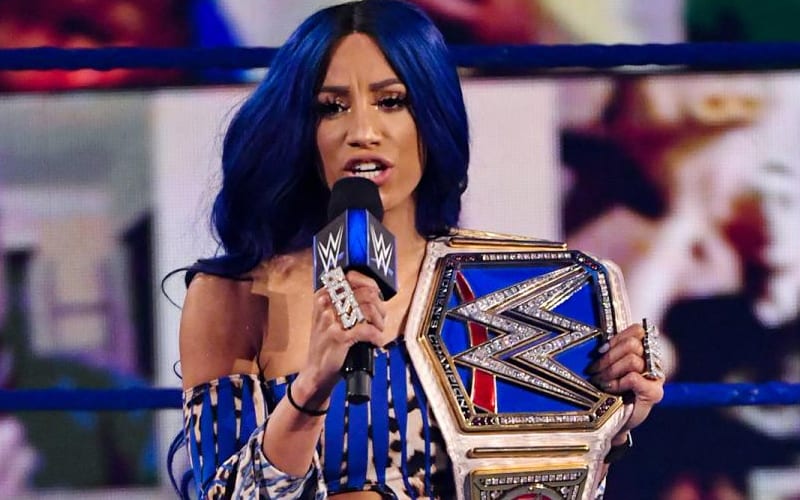 Sasha Banks and Bayley’s story took WWE through the Summer, and it concluded with The Boss as SmackDown Women’s Champion. If you ask Banks, she never needed the title because her name is bigger.

While speaking to WWE The Bump, Banks was asked about her program with Bayley, and what’s to come. The Boss is excited about fresh match-ups that she will receive along the way. That title isn’t necessary for her because her name is what brings the fans her way.

“You guys have no idea how excited I am because when I won the SmackDown Women’s Champion that’s the first thing I thought because I wasn’t ever, it was never a thought. That’s why I didn’t want to betray Bayley, that was her’s. I am Sasha Banks, my name is bigger than a title. That’s for real, I never needed it.”

Banks’ comment about not needing a title could come back and haunt her. Despite The Boss saying she only needs one second to defeat Carmella, the recently returned Untouchable Mella is hot on her heels.

We’ll have to see what’s down the line for Banks as she continues with this exciting time in her year.