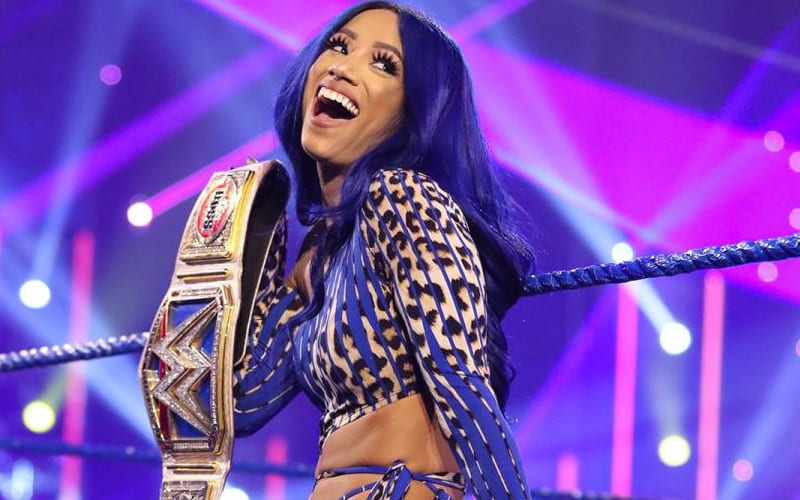 Sasha Banks is very excited about the possibility of fresh match-ups as SmackDown Women’s Champion. Her first challenger is the recently returned Carmella, but the Untouchable Mella has not proven herself to Banks yet.

While speaking to The Bump, Sasha Banks discussed her budding feud with Carmella. She invited Mella to have a sit down in the future when she’s done with Asuka at Survivor Series. In the end, Banks said it will only take three second, maybe even one, to beat Carmella.

“I would only hope she would act like… I’ve been watching her vignettes. She looks beautiful. She looks gorgeous. She has like, you know she looks like she has class — I thought, but she doesn’t. So, hopefully next week if she wants to have a sit down. I’m calm, I’m cool. If she wants to talk about it, we can, but it’s WWE we can settle it in the ring. It would only take three seconds, maybe one because all I need to do is make her tap. Even a slap can knock her out. We’ll see.”

Carmella’s return was hyped, but she still has not competed in the ring since she was revealed as the SmackDown mystery woman. We’ll have to see when that SmackDown Women’s Title match takes place.

The Princess of Staten Island is apparently ready to prove herself against Sasha Banks. The SmackDown Women’s Champion is thrilled to take on new opponents, but she doesn’t seem to think Carmella will take much effort to defeat.