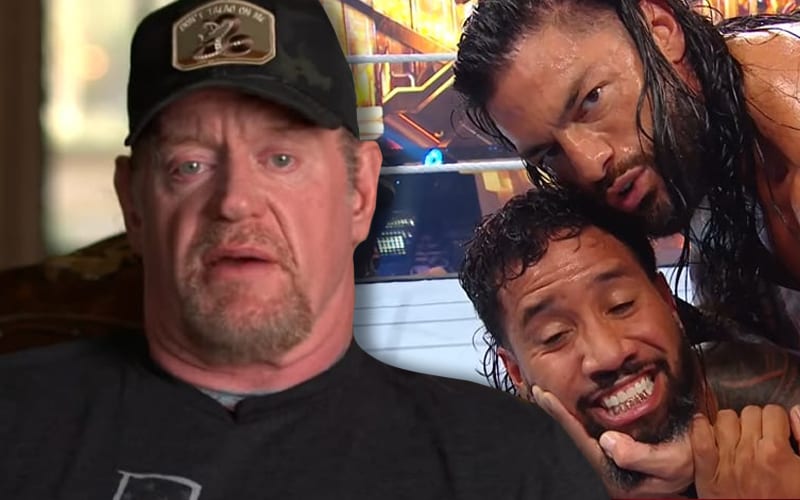 Roman Reigns and Jey Uso battled for the Universal Title, and Reigns won trice. Then Jey Uso had to submit to the Tribal Chief. This is something that The Undertaker really enjoyed watching, and it is still ongoing.

While speaking to Vicente Beltran, The Undertaker revealed that he was just speaking with Bruce Prichard about how much he has enjoyed watching Roman Reigns and Jey Uso’s work. He said the storyline is easy to understand which is important. He also really enjoyed what they were able to produce in the ring.

“I was actually talking with Bruce Prichard on the phone a couple of days ago and I mentioned to him how much I’ve enjoyed the Roman Reigns/Jey Uso program, because that’s kind of an old school program, you know? It was very easy to understand, especially if you’re familiar with the Samoan legacy and heritage and how proud that Samoan bloodline is, especially in the wrestling world. To understand that and to have these cousins that grew up and now they’re fighting, it was so — there was so many layers to it. I thought that was the closest thing to really old school stuff that we’ve done in a while, and obviously they delivered. It was an amazing match too.”

The Undertaker is set to give his Final Farewell at Survivor Series. Roman Reigns will battle Drew McIntyre on that show and Jey Uso is in the Men’s Survivor Series elimination match. Perhaps the Deadman will have an opportunity to speak with them both so he can personally tell them how great of a job they did.