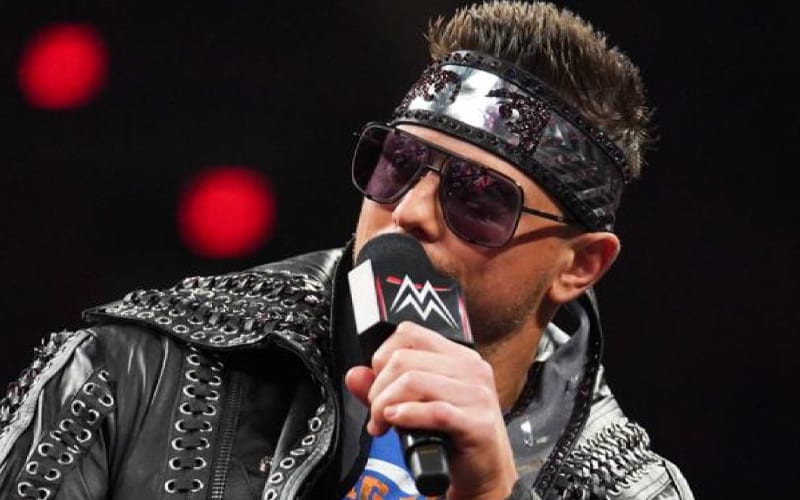 The Miz might not seem like the kind of guy who owns a lot of guns, but he is fully loaded. The It Family moved out of their California home after multiple break-in attempts. They lived in Texas for a year before moving back to California, but The Miz is ready for anything.

Barstool Sports’ KFC Radio recently spoke to The Miz where he plugged the new season of Miz & Mrs. He was asked whether he would survive a zombie apocalypse, and The Miz revealed that he is more than prepared.

“No, I’m ready to fight. Are you kidding me? I’ve got guns. I’ve got a shotgun and I’ve got a 9mm. I never was a gun guy, until I lived in Los Angeles like in Hollywood and I have a family, right? And I would leave and they always tell you, ‘Don’t ever tell anyone where you live,’ or not where you live but that you’re leaving. Don’t put it on Instagram, this is live, but I’m on a live television show. Like what do you want me to do? And I’ll never forget, I put cameras all over my house and my house had an attempted break-in, and it happened on numerous weeks. So, I took my wife [Maryse], I was like, ‘Look, you’re getting a gun. We’re gonna take you, we’re gonna learn how to shoot ‘em and figure out the best possible way to do that so we are protected if we ever need to be protected.’ Who knows what would’ve happened. There was four guys. Four grown men coming into my house. Who knows what could’ve happened, you know?”

“Yeah [that was the reason Maryse put the house on the market and she and Miz moved to Texas]. We moved out of there and we actually left Los Angeles and we moved to Texas for a year and then now, we’re in a guard-gated community. We have gates, the whole shabang. Really high-alert security.”

The Miz is also prepared to snatch the WWE Title. As Mr. Money in the Bank, he could strike at any time. WWE placed the briefcase on him so he could carry it for longer, but you also never know when Vince McMahon could change his mind in that regard.

When it comes to the home front, The Miz seems to have everything locked down and protected as well.