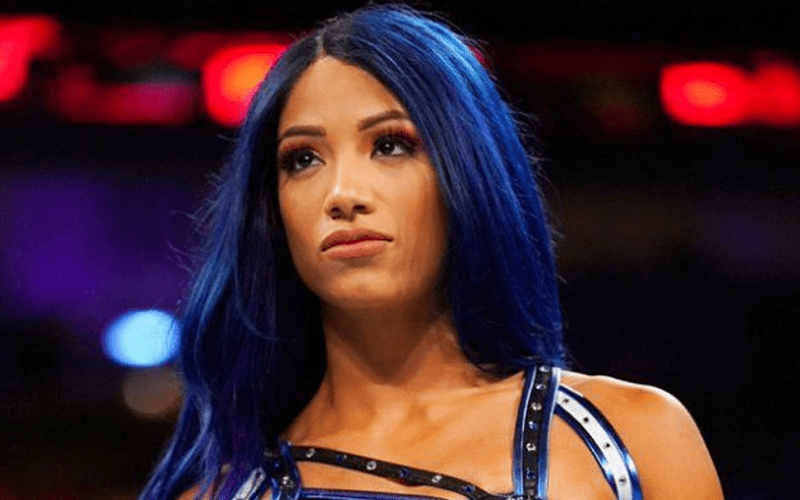 Sasha Banks was featured in season two of The Mandalorian, but it wasn’t a sure thing even when the part was offered to her.

While speaking with Variety, Sasha Banks talked about her role in Star Wars The Mandalorian. She said that Jon Favreau got her contact information after seeing her on “Hot Ones.” He offered her a part in the Disney+ series, and it was too good to pass up.

Banks was uncertain if her busy WWE schedule would permit her to film anything in a galaxy far, far away. She did film during her hiatus from the company, so things worked out.

So Jon Favreau came to me because he watched an interview that I did with ‘Hot Ones.’ And he really liked me and got my contact information. Then on FaceTime he asked me to be part of ‘The Mandalorian.’ I was like, ‘Well, I cannot say no,’ but I was so incredibly nervous, because I didn’t know if I was going to be able to do it with the WWE schedule. You know, we used to travel a lot. But they made it work and everything happened. And it was such an incredible episode. I still just can’t get over how awesome that was. Not only to be part of ‘Star Wars,’ but one of legit the greatest episodes in the history of television like that. I could watch that all the time. That was such a bad ass introduction to the world of ‘Star Wars.’ I’m so thankful I saved Baby Yoda! I cannot get over it. Oh my god.

We’ll have to see if this role opens up more acting opportunities for Sasha Banks. She has plenty of experience with WWE which could create an easy transition for her to eventually move into acting on a more regular basis outside Vince McMahon’s company.