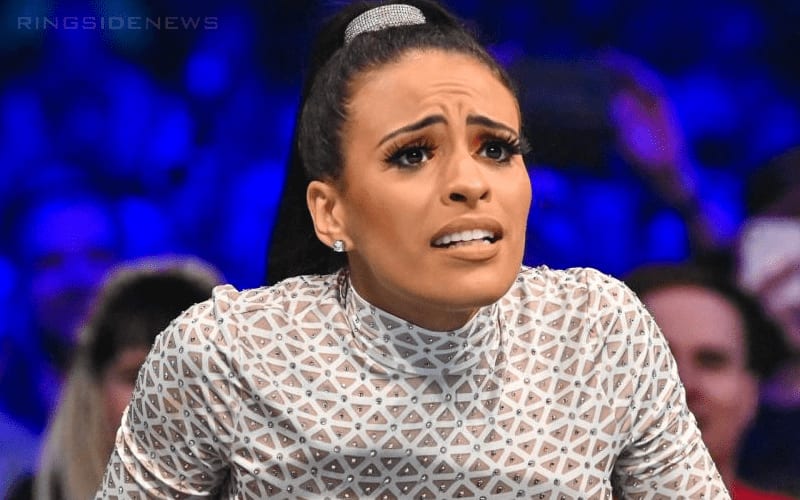 WWE released Zelina Vega from her contract on Friday, but they had an official reason to do so. It had nothing to do with her support of unions.

Sports Illustrated reports that WWE’s official reason for releasing Zelina Vega was “breach of contract.” The company sent down an edict to talent that they needed to exit all third party platforms. Vega did leave Twitch, but she also opened an OnlyFans account afterward.

It was reported that Zelina Vega backed WWE into a corner when she opened her OnlyFans account. The decision was made to fire her after they had discussions about her Twitch account.

The current belief is that WWE is looking to establish themselves on Twitch. They also posted a very interesting job opening for a new position which will center around the streaming platform. WWE Superstars might end up returning to Twitch, but they will likely be on an official WWE account.

Zelina Vega was quick to break her silence following her release to let fans know that they can find her on Twitch.