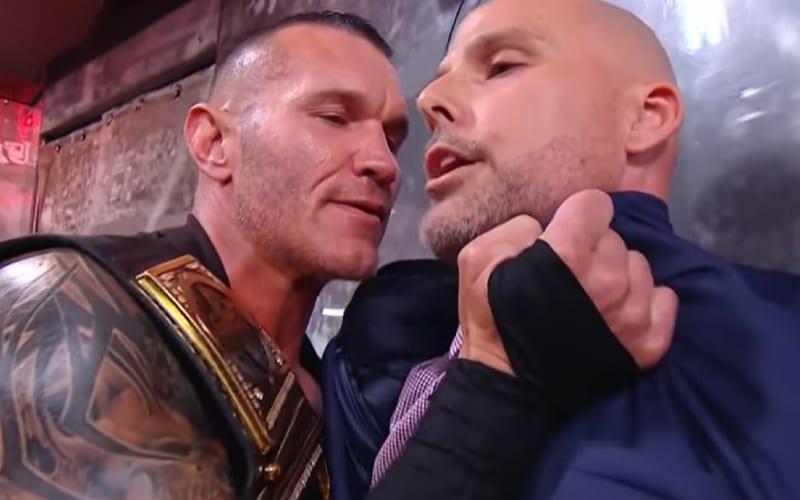 WWE handed down a fine to Randy Orton, but they are not reveling the amount. This news broke on Monday afternoon prior to The Viper’s WWE Title defense on RAW.

The company announced that Orton was fined “an undisclosed amount” of money. This was due to putting his hands on WWE Official Adam Pearce on last week’s show.

WWE Champion Randy Orton has been fined an undisclosed amount for putting his hands on Adam Pearce last week on Raw, WWE.com has learned.

It is interesting that WWE broke this sort of news prior to Randy Orton defending his WWE Title against Drew McIntyre. We will continue to monitor this story for future developments. You can check out the footage that caused this fine below.