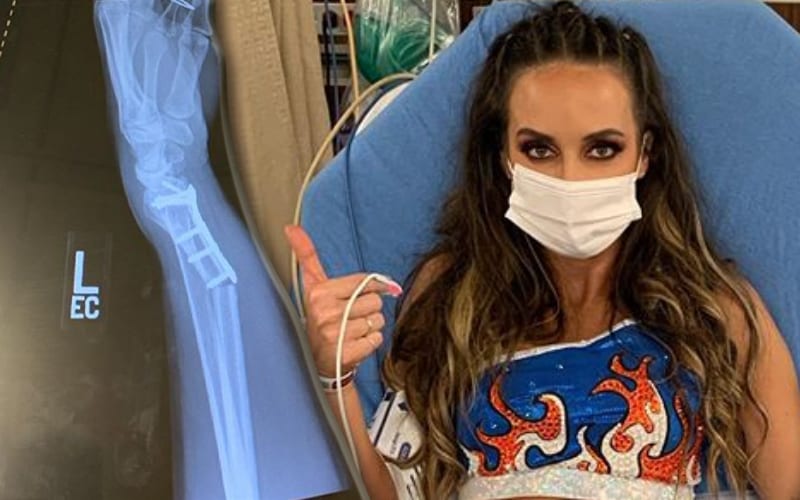 Chelsea Green didn’t have the SmackDown debut she wanted at all. She suffered a broken left wrist, and they wasted no time to get that fixed.

Ringside News exclusively reported that Green’s injury did not change the outcome of that fatal four-way match. Liv Morgan was always set to win, but Green was absolutely not supposed to get injured.

Green tweeted out a little update for fans before she went in for surgery. She said that this injury falls in line with the rest of her pro wrestling career. It’s not an easy journey at all, especially for her.

Just like the rest of my career, I couldn’t have an easy debut! LOL, that just wouldn’t be fit for my wild journey. I’m headed into surgery now. I am beyond devastated but so excited to be a part of WWE team SmackDown, when I get back!

We’re sending out nothing but the best for Chelsea Green as she deals with this terrible situation. Hopefully, she will bounce back. She has some great support from fans and her fiancé Matt Cardona.