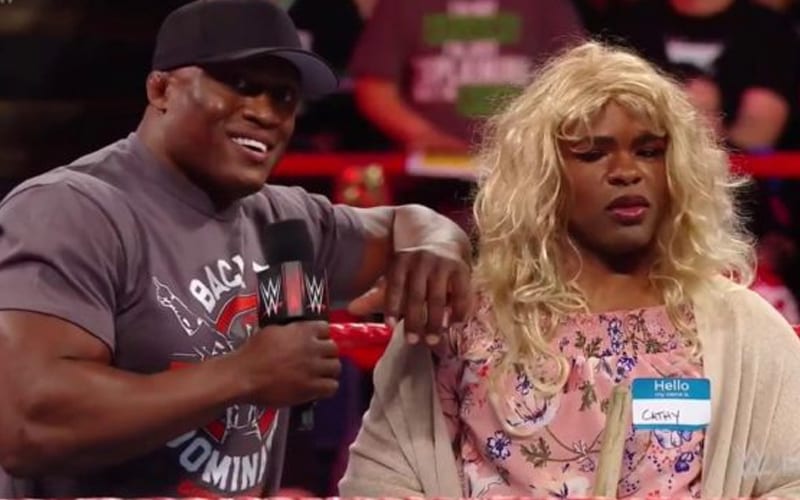 WWE is presenting another champion vs champion themed Survivor Series this year. Bobby Lashley and Sami Zayn are entering the event primed to face each other. Zayn is more than ready, and he cut a serious promo on the matter.

Bobby Lashley replied to Sami Zayn’s intense promo by trolling him for speaking four languages. That just happens to be the same number of people that Zayn must deal with from the Hurt Business at Survivor Series.

The current IC Champion responded to Lashley. After all, it’s been a long time since they had a chance to work with each other. He also wanted to try a new tactic this time around.

“Bobby! Long time, man. Look, we could do this all again, where I insult you, disparage your military service, invite your ‘family’ to the Thunderdome, etc. Or, this time we try something different & just compliment each other instead? I’ll even start! You’re very jacked sir!”

Bobby Lashley is more than ready for their match at Survivor Series. He responded to Zayn and said that it’s good that he’s light on his feet. That makes it easier for the All Mighty to throw him around like a rag doll.

“Well thanks man! I’ll go now. You’re very light on your feet, which makes it easier to throw you around like a rag doll! This is fun! Why didn’t we do this before?!”

Sami Zayn and Bobby Lashley are set to battle at Survivor Series on November 22nd. We’ll have to see if both of them keep their titles, but it’s likely that this match will go on as planned.