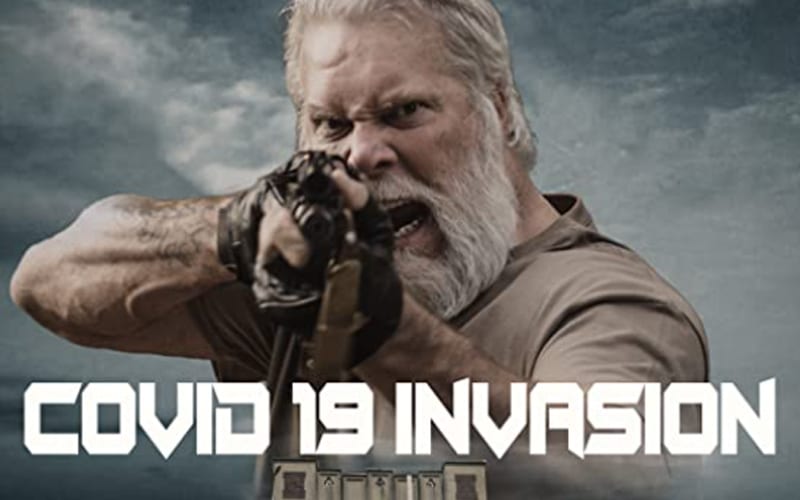 Kevin Nash has been picking up some movie roles, and as his filmography expands, he has a new project to reveal. Big Sexy is set to star in an upcoming thriller called “COVID-19 Invasion.”

The description for the upcoming movie contains two sentences, but it seems to get the point across. “Chinese bats invade America. It’s up to Navy Seal Team Six to stop them.”

The Micah Lyons written, directed, and produced film stars Kevin Nash in the leading role of Rex with David D. Ford and Brooke Lyons in supporting parts. They did everything on a $3,000,000 budget as well.

The poster of the movie features Kevin Nash holding a gun and looking very intense. This film is currently in post-production with no release date mentioned on its IMDB page.